All Prices mentioned below are supposed to be valid till 11:59 PM US PST November 12th, but Please double check the price before you download the book. Prices for eBooks changes every day (Sometimes, several times a day!)

Dirty Fire: A Thriller
Police detective John Davey had it all – until his career, marriage and life were destroyed by bribery charges.  He’s given a second chance if he’ll join the investigation into a scandalous event.  A wealthy Chicago couple was killed, and then their mansion set ablaze.  To John, it’s a case of overkill on the part of the perpetrators.  In the ruins he finds evidence of a much deeper secret – a criminal maze back through time to a fortune in art work that disappeared during the Holocaust.  As he finds more victims, he learns of betrayal after betrayal by the very people he’s being forced to trust, until he has no one to rely on but himself.
Kindle Price: $0.00
Click here to download this book.

The Zombie Chronicles (Book 1) (Apocalypse Infection Unleashed)
Eighteen year old Dean Walters is about to break all the rules.  His friend Val has been bitten by a zombie and now she’s scheduled for lethal injection.  In a bid to save his friend, he gets a hold of an experimental serum to try on her.  The problem is Val must already be turned into a zombie and the authorities won’t allow it to happen.  Dean has only hours left to break her out before execution, but on the way his teams helicopter crashes – in the heart of Zombie Land.  Now he must fight for survival… and not give up on Val.
Kindle Price: $0.00
Click here to download this book.

Confessions of a Turtle Wife
When Anita Salzberg married her husband, she discovers his ‘little’ turtle hobby.  She’s dragged to the pet store, the pet wholesaler and the reptile expo.  Her living room, bathroom, bathtub and even freezer have been full of turtles.  (The turtle in the freezer had passed on.)  Through more than twenty years, she’s stuck with her marriage, her man.. and turtles.
Kindle Price: $0.00
Click here to download this book. 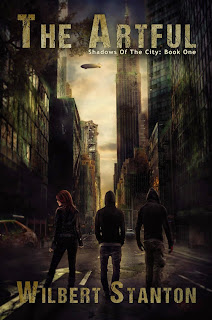 The Artful (Shadows of the City Book 1)
Customer review: "This is a very cool post apocalyptic twist on the story of Oliver Twist and the Artful Dodger, perfect for fans of dystopian books."
Kindle Price: $1.99
Click here to download this book. 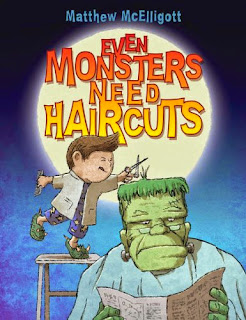 Even Monsters Need Haircuts
Customer review: "Any child who loves monsters will want to read this!"
Kindle Price: $1.99Click here to download this book. 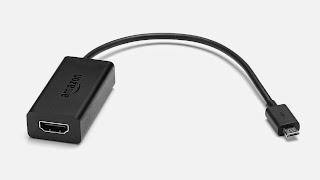 Amazon HDMI Adapter for Fire Tablets (4th Generation)
Simply plug this HDMI adapter into a Fire tablet (4th generation) and an HDTV to watch movies, play games and view photos directly from the tablet.  This cable supports up to 1080p HD and Dolby 7.1 audio.
Price: $19.99 & FREE Shipping on orders over $35.
Click here to purchase

FOUND (Angels and Gargoyles Book 1)
Dylan’s life is all rules and routine and her future seems written for her.  In a week, under the protective dome of her city, her role in society will be decided with a final test.  She hopes to be a nurturer like her guardian Davida, who watches over children from infancy to adolescence.  However, she is shocked when on testing day, she is taken outside the dome of Genero.   Given two bottles of water and a box of protein crackers, she is told to survive on her own for three days… and she realizes she has been brought outside to die.  Dylan quickly learns many things, such as she has the ability to heal herself and that the council of Genero has lied about many things.  For she meets a creature she’s never met before – a boy.  As the two struggle to survive, she finds there are those that want her dead… and those who will do anything to capture her, alive.
Kindle Price: $0.00 verified 1 PM, Nov.2, 2014
Prices of eBooks can change multiple times a day, please verify the price at the next page before downloading it.
Click here to download this book.

Dead on Demand (A DCI Morton Crime Novel)
Edwin Murphy has also put more into his work than his family, which eventually leads to a divorce.  On the brink of losing everything, Edwin puts together an elaborate plan to regain his former life – by getting rid of his wife.  Bodies begin to appear all over London with seemingly no connection.  Inspector David Morton must investigate a deadly trail of deceit and think outside the box to solve the murders.
Kindle Price: $0.00 verified 1 PM, Nov.2, 2014
Prices of eBooks can change multiple times a day, please verify the price at the next page before downloading it.
Click here to download this book.

Unforeseen: (Tenth Anniversary Edition) (A Thomas Prescott Novel)
The bestselling book Eight in October is a true crime book about a serial killer whose case retired Detective Thomas Prescott worked, so he really doesn’t want to read the book.  The serial killer, Tristan Grayer, is supposedly dead, but Prescott knows the truth – he’s alive and waiting.  On October 1, the anniversary of the first murder, Grayer kills someone special from Prescott’s past.  Now the women closest to Prescott are falling victim one at a time.  He must race to catch the killer before the murderous spree continues.
Kindle Price: $0.00 Price verified 1 PM, Nov.2, 2014
Click here to verify the price and download this book.
Prices of eBooks can change multiple times a day, please verify the price at the next page before downloading it.