All Prices mentioned below are supposed to be valid till 11:59 PM US PST May 17th, but Please double check the price before you download the book. Prices for eBooks changes every day (Sometimes, several times a day!)

The Synchronicity War Part 1
The United Earth Space Force has enjoyed a century of peaceful space exploration and colonization. Then they stumble upon an extremely xenophobic race that refuses all attempts at contact. With more and better armed ships, the new race forces the UESF further and further back in what seems like a war of extermination. One officer begins experiencing precognitive visions that he can’t predict or control when they occur but give him incredible insight into how to counter the enemy attacks. As the Senior Brass becomes more convinced he’s a tactical genius, he’s given more responsibility and soon becomes terrified at the thought that the battle to decide humanity’s fate may have him leading at the helm….
Kindle Price: $0.00
Click here to download this book.

The Lion's Courtship: A Kronberg Mystery (Kronberg Crimes series)
In 1885 London, Anna Kronberg hides among the city’s most notorious slum. She offers medical treatment to beggars, prostitutes and criminals, and none of her neighbors know her true identity. She makes sure it stays that way. But her life takes a deadly turn when Garret O’Hare, an Irish thief, breaks into her home in the middle of the night, bleeding profusely from a gunshot wound.
Kindle Price: $0.99
Click here to download this book. 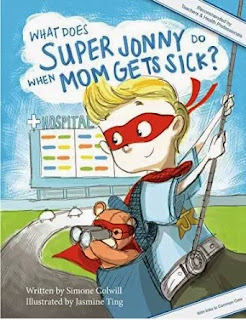 What Does Super Jonny Do When Mom Gets Sick? (U.S version).: An empowering tale
Little Johnny is a big hero, but he has a big problem too – his mom is sick and in the hospital.  Join Johnny and his friend Bear as they go to the hospital and investigate.  This book explains hospitals and how to help patients to small children.
Kindle Price: $0.00
Click here to download this book.

Eerie
Continuing in the Editor’s choice series is a newcomer – Jordan Crouch, the younger brother of Blake Crouch. Together they wrote Jordan’s debut novel, Eerie. Thirty years ago, when Grant and Paige Moreton were just children, they were nearly killed in a mysterious accident in the Cascade Mountains that left them orphans. Now Grant is a detective on the Seattle Police force and has long been estranged from his sister. While investigating the bloody past of a high-class prostitute, the path leads right to Paige’s door. To save his sister, he’ll have to confront the terror that inhabits her house…completely unprepared for the truth of what is haunting it.
Kindle Price: $3.99
Click here to download this book. 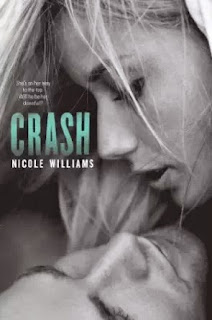 Crash
Customer review: "This was the epitome of a great story between two people who light up every page with every scene. It's amazing."
Kindle Price: $0.99
Click here to download this book. 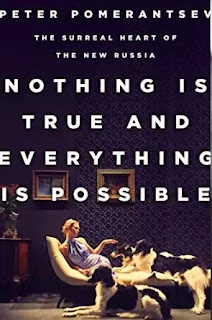 Nothing Is True and Everything Is Possible: The Surreal Heart of the New Russia
Customer review: "This is by far the best book about modern Russia today that I have read."
Kindle Price: $1.99
Click here to download this book.