All Prices mentioned below are supposed to be valid till 11:59 PM US PST May 20th, but Please double check the price before you download the book. Prices for eBooks changes every day (Sometimes, several times a day!)

A Lush Betrayal
Sexy and brooding, Joss Jamison is the lead singer of the hottest rock sensation,, Lush. He is in control of everything – his music, his business, and himself. Mel DiLorenzo has wanted to prove her abilities in photojournalism her whole life. She’s invited by her older sister to document the band’s world tour, she finds herself in the middle of a band in crisis and a lead singer on her case. As sparks fly between them and Joss loses control over his emotions one night, everything he loves may be in jeopardy.
Kindle Price: $0.00
Click here to download this book.

The Dig (Matt Turner Series Book 1)
Experts are puzzled by a metal woven artifact found at a dig in Africa which defies traditional dating methods. The scientists call on Matthew Turner, a twenty-something with a unique gift – when he touches an object, he’s able to experience the thoughts and feelings of everyone who has touched it before him. He was exploited as a child and haunted by the experiences he’s ‘read’ in the past, but despite this he agrees to fly to Kenya. With enemies after him, he looks back in time and finds a discovery that changes everything about human history.
Kindle Price: $0.99
Click here to download this book.

No Good Deed: A Psychological Thriller (The Mark Taylor Series Book 1)
Mark Taylor is a photographer and regular guy. He buys an antique camera at an Afghanistan bazaar and is shocked to discover it produces extraordinary photos – those of future tragedies. He frantically tries to warn the government about September 11th. His warnings are ignored and instead he’s put in the cross hairs. He was just trying to stop a terrorist attack but his deeds scream guilty and when he’s thrown into the brig with no way to prove his innocence, he learns exactly what enemy combatant means….
Kindle Price: $0.00
Click here to download this book.

The Kennedy Brothers: The Rise and Fall of Jack and Bobby
Missing from the books about the Kennedy brothers is one that looks at the bond between Jack and Bobby and what part it played in their rise and fall. They were eight years apart and at different ends of the temperament spectrum. They lived their days of power in dangerous territory. The book is a masterful piece about the brothers who still hold the American imagination.
Kindle Price: $1.99
Click here to download this book. 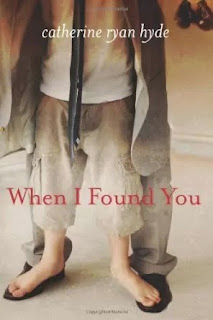 When I Found You
From the best-selling author of Pay It Forward comes a tale of the unexpected bonds that nothing in life can break.
Kindle Price: $1.99
Click here to download this book. 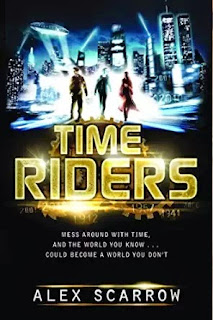 TimeRiders
Customer review: "This was outstanding. For fans of time travel stories, this is a cut above the rest."
Kindle Price: $1.99Click here to download this book.