All Prices mentioned below are supposed to be valid till 11:59 PM US PST May 22nd, but Please double check the price before you download the book. Prices for eBooks changes every day (Sometimes, several times a day!)

Crime Czar: a Hard-Boiled New Orleans Legal Thriller (Tubby Dubonnet #5) (The Tubby Dubonnet Series)
Tubby Dubonnet is a bit infamous as a New Orleans lawyer. He’d rather eat, drink and talk than be in court. But the last words of a dying friend are stuck in his mind and now he’s in the way of a political campaign that’s turning vicious. Believing a shadowy crime czar is behind the deaths of innocent people, he enters into a test of courage with the most violent men in New Orleans. Dangerous enough, right? Then he finds his best ally is a prostitute looking for revenge…
Kindle Price: $0.00
Click here to download this book.

Apparition Lake
Everyone believes a monstrous grizzly bear is responsible for the series of horrible deaths that have occurred in Yellowstone National Park. Chief Ranger Glenn Merrill doesn’t just see stopping the deaths as his job – it’s a mission that will shatter his beliefs and take him to the edge of death. Glenn, his full-blooded Shoshone friend and a young biologist are plunged headlong into the world of Native American mysticism. As mankind and nature struggle for control of Mother Earth, nature has had enough and uses a Native American spirit to exact revenge.
Kindle Price: $0.99
Click here to download this book.

Inadmissible
As a young man, Tamer Elsayed made one very critical mistake when he immigrated to the U.S. – he lied about being an American citizen in order to qualify for federal student loans. This lie leads to his being put in prison with some of the country’s most notorious defenders and scheduled for deportation at the end of his sentence. Yet five year later, he earned a PhD from Caltech and found himself on the wrong side of the system again. But this time, he would be permanently separated from his American daughter because U.S. Immigration and Customs Enforcement has labeled him inadmissible.
Kindle Price: $0.00
Click here to download this book.

The Secrets of the Notebook: A royal love affair and a woman's quest to uncover her incredible family secret
Eve Haas and her German Jewish family fled the Third Reich and took refuge in London. After a terrifying air raid, her father decided to tell her the family secret. Emilie, her 2nd great grandmother, was married to a Prussian prince and to prove it, he showed her a leather-bound notebook inscribed from the prince to Emilie. Eve’s parents did not want to learn more about their heritage but when she inherited the book, she became obsessed with proving her birthright. Her search eventually lead her to an archive in East Germany that had never opened its doors to the west and her being under threat of arrest as a spy. There she learned tells a love story set against the Napoleonic Wars and an anti-Semitic Prussian court. She also learned of a ruse that protected Emilie’s daughter but almost certainly condemned her granddaughter – Eve’s beloved grandmother Anna – to death in a concentration camp.
Kindle Price: $1.99
Click here to download this book. 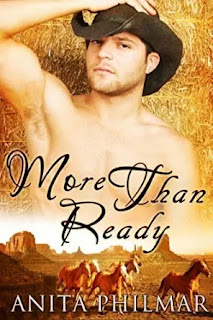 More Than Ready (Naked Bluff, Texas Western Historical Romance Book 4)
Mary Beth Owens knows her parents are arranging for her to marry Kirk Pepperman. The problem is he’s been stuck on the wrong woman for years.  Now, Mary Beth is out to see if he can please her. If not, then she has no desire to marry him either. Can these two let go of the past and move into the future?
Kindle Price: $0.99
Click here to download this book. 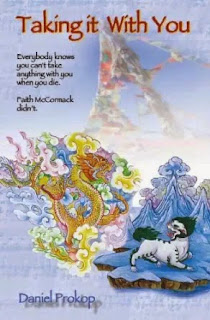 Taking it With You
The fictional story of a dying spiritually challenged woman, who vows to take everything with her when she dies. Unfortunately, cryonics leaves her cold but the thought of bequeathing her vast fortune to herself, to her reincarnation, becomes an obsession. She reasons that if the Tibetan Buddhists can find the Dalai Lama's reincarnation 13 times then surely, for a very large sum of money they will agree to find hers once...
Kindle Price: $2.99
Click here to download this book. 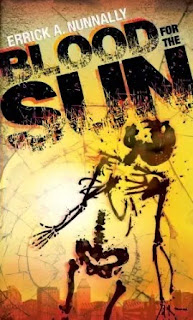 Blood for the Sun
Customer review: "With prose that is smart and gripping, this is a roller coaster of an urban fantasy story."Kindle Price: $1.99
Click here to download this book. 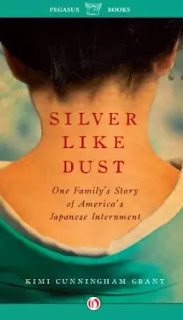 Silver Like Dust: One Family's Story of Japanese Internment
Customer review: "I was mesmerized by this. It's a story of triumph over adversity about a little known chapter in American history."
Kindle Price: $1.99
Click here to download this book.