All Prices mentioned below are supposed to be valid till 11:59 PM US PST May 25th, but Please double check the price before you download the book. Prices for eBooks changes every day (Sometimes, several times a day!) 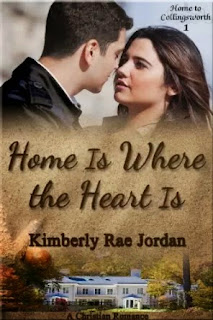 Home Is Where the Heart Is: A Christian Romance (Home to Collingsworth Book 1)
Will Collingsworth thought he'd had it all. A wife he adored. A job he enjoyed. Financial security through his inheritance. And a baby on the way. Then tragedy strikes, and he is left to raise his daughter on his own. Hardened by the events that robbed him of the family he'd longed for, Will distances himself from his daughter and those he loves. But when Amy Moyer arrives in his life and showers love on his daughter, he comes to see what's lacking in his life. Is he ready to risk loving again? Or will things beyond his control once again rob him of the opportunity to find love and happiness in his life?  Amy Moyer fell in love with Will Collingsworth as a teenager and was convinced he was her future. When he shows up at Cami and Josh's wedding with his new bride, she is devastated. Eight years later she's back in Collingsworth to help Jessa and Lance, certain that all the past emotions she felt for Will are no longer relevant. When old emotions flood back and mix in with new ones, will she be able to put aside her fears to embrace them and find the love she'd hoped for years ago? Kindle Price: $0.00
Click here to download this book.

Dying for the Highlife: A Dan Reno Novel
Jimmy Homestead’s was little more than temporary jobs, boarding houses and whiskey, until he wins the lottery. Now life is great, until people from his past start appearing out of nowhere, including a broke ex-stripper and down on his luck drug dealer, both looking for payback for the past. Investigator Dan Reno and his friend Cody Gibbons are caught in the middle when Jimmy and Cody are kidnapped by a cartel. Reno is drawn into the mess as he fights for his friend’s life and a line of dead bodies scatted across Nevada.
Kindle Price: $3.99
Click here to download this book. 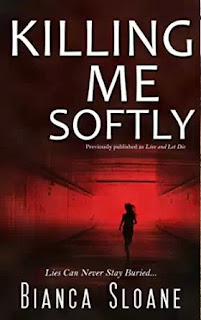 Killing Me Softly (Previously published as Live and Let Die)
In January, on one of the worst blizzards of the year in Chicago, Tracy Ellis was discovered with her face bashed in by a rock. Devastated, Tracy’s family is at a loss. The police think it was just a mugging that went wrong. Without evidence the police have no idea who the perpetrator could be.
Sondra is still reeling over the death of her sister. The bond they shared was one that was truly to be cherished. Sondra loved her sister with all her heart and it hurts even more not knowing the who and why. Over a year later, Sondra begins to make some startling discoveries about the last few months of her sister’s life before her death. With a little investigative work of her own she uncovers secrets and lies that were meant to be buried for good. Will she be able to survive after the whole truth surfaces? Or will it be too late?
Kindle Price: $0.00
Click here to download this book.

How to Succeed in Evil
Edwin Windsor is an Evil Efficiency Consultant, who helps the villainous become more evil – or at least more profitable and sensible. It’s very difficult to make the world of super villains make sense because they are too egomaniacal to listen to his advice. His clients include Dr. Loeb, a trust fund child who wants to be evil but doesn’t have the talent, and his mother Iphagenia, who thinks it will be evil to start another Southern rebellion starting in lower Alabama. Eventually his work brings him in direct conflict with the greatest superhero of all, Excelsior. The quiet restrained intellectual must face off against heroic force.
Kindle Price: $3.99
Click here to download this book.

Voodoo, Slaves and White Man's Graves: West Africa and the End of Days
Tom Coote chronicles his journey along the lush but disease ridden Slave Coast of West Africa, through Saharan trade routes and ending in the dust lands of the Sahel. Among some of the poorest countries in the world, he finds a battleground of ‘end of days’ ideology. The resurgence of superstition threatens rationality and this travelogue goes to places both magical and macabre.
Kindle Price: $2.99
Click here to download this book.

Dragon Marked: Supernatural Prison #1
Jessa Lebron has spent her entire life in Stratford, Connecticut, a gateway town adjoining one of the supernatural prisons hidden across the globe. She is a wolf shifter, but learns much of her life has been hidden from her, especially the biggest secret of all – she is dragon marked. Jessa has heard of them, dangerous and to be eliminated to prevent the rise of the dragon king. Her only hope of survival against the Dragon Hunters is to keep this energy contained. As more secrets are uncovered, she ends up locked up in the American supernatural prison, Vanguard. Thankfully, a dragon shifter named Braxton has her back and together they must survive long enough to free themselves and the other dragon shifters.
Kindle Price: $0.99
Click here to download this book. 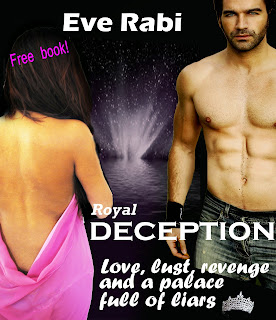 Royal Deception: Love, Lust, Revenge and a Palace full of Liars (A contemporary romance and romantic suspense novel)
An ugly duckling becomes a beautiful princess swan. FREE for a limited time.
Kindle Price: $0.00Click here to download this book.
Posted by Joisel at 7:42 AM