All Prices mentioned below are supposed to be valid till 11:59 PM US PST June 20th but Please double check the price before you download the book. Prices for eBooks changes every day (Sometimes, several times a day!)

State of Emergency (Jericho Quinn Series Book 3)
Air Force OSI agent Jericho Quinn allies with a female Russian agent (Aleksandra - who has the same goal) to track down & dismantle an old Soviet-era small atom bomb (nicknamed the Baba Yaga), which has ended up in the hands of a black-market arms dealer. The chase goes into various countries in South America. An Idaho professor is kidnapped to try & rewire the bomb to get it in working shape. His wife & infant son are held hostage in a separate location to motivate him, with an evil woman constantly threatening them. Quinn enters a South American race called the Dakar with a motorcycle (souped up by our gov't.) to become close to a man called Zamora, the arms dealer he's chasing who has a similar motorcycle & is also in the race. Chechnyans enter into the picture, involved in gruesome activity in and around the jungle. Baba Yaga eventually enters the U.S. & is enroute to Texas, where it's scheduled to be detonated. Quinn & Aleksandra are right behind it, but it's uncertain if they'll reach it in time.
Kindle Price: $2.99
Click here to download this book.

Planet Urth (Book 1)
Chemical warfare has forced humans to live underground for years. When they returned to the surface, devolved humans were waiting for them. The deformed humans called themselves Urthmen, and were highly aggressive towards the surviving humans, attacking them on sight. Avery and June are two teenage girls who live in this world where nature has taken over. They have to learn to keep themselves alive as well as learning to fight off the Urthmen and wild animals who have also degenerated.
Kindle Price: $0.00
Click here to download this book.

Boiled Over (A Maine Clambake Mystery)
Julia Snowden left her high powered New York job to help her family keep the Snowden Family Clambake making a profit, but she still plans to return to her "real" job. She's already helped in one murder investigation, getting her boyfriend out of trouble. Now on the Founder's Day committee, she comes to the docks to check on the Snowden families giant Clam baking oven, just to find a human leg hanging out of the fire and her newest young employee, Cabe, running away from the scene. Drawn into the investigation once again, Julia sets out to prove that this nice young kid, Cabe, is definitely innocent.
Kindle Price: $1.99
Click here to download this book. 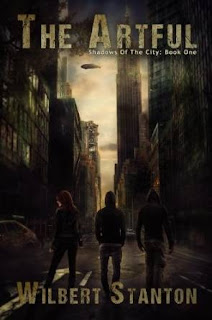 The Artful (Shadows of the City Book 1)
Customer review: "This is a fascinating post-apocalyptic tale with plenty of action and intrigue."
Kindle Price: $0.99
Click here to download this book. 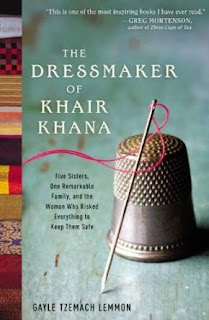 The Dressmaker of Khair Khana: Five Sisters, One Remarkable Family, and the Woman Who Risked Everything to Keep Them Safe
Customer review: "This is the incredible story of one young woman who turned her war-torn home into a private den of hope for her and her sisters."
Kindle Price: $1.99
Click here to download this book.