All Prices mentioned below are supposed to be valid till 11:59 PM US PST August 31st but Please double check the price before you download the book. Prices for eBooks changes every day (Sometimes, several times a day!)

Teaching The Boss (Billionaires in the City Book 1)
Business-school student April Morgan is ready to graduate--from school, from the secretary pool, and from never-gonna-happen fantasies involving Sam Hunt, her hunky billionaire boss. But when Sam’s girlfriend of the week pushes her too far, April finds herself quitting on the spot with only a mountain of student loan debt to keep her company. In steps Sam’s worst enemy, his father, with a job offer she can't refuse. Sam was born into privilege, but refused to live life with a silver spoon in his mouth. After a decade of hard work, he’s on the verge of taking his business public and proving to his tyrannical family that he can make it without their help. When he finds out that April is working for his father, he knows she’s been turned into a pawn in his father’s twisted games. Despite Sam’s warnings, April is determined to prove she doesn’t need him to make in New York City. But when she finds documents that could lead to Sam losing everything he’s worked for, April realizes that she and Sam have to work together to save the empire they’ve both worked to build.
Kindle Price: $0.00
Click here to download this book.

Dying to Remember
Surgeon Christopher Barnes collapses after eating mussels. After coming out of a coma he discovers that he can no longer remember things and memories of the past are patchy. He also learns that his wife and dog were murdered. Because of his memory problems he has to relearn these awful facts every day. With his memory impaired he has to use notes to store any information he can gather from his wife’s friends and the computer to see if he can help solve his wife’s murder. Is he in danger? Could the killer be someone close to him- and are they trying to frame him?
Kindle Price: $1.99
Click here to download this book. 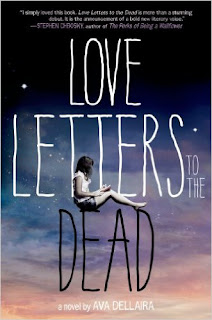 Love Letters to the Dead: A Novel
This is a beautifully written, bittersweet, and poignant book about finding the strength to carry on, and finding the person you need to be. It's also a book about learning to trust again when those you depend on have betrayed that trust.
Kindle Price: $2.99Click here to download this book. 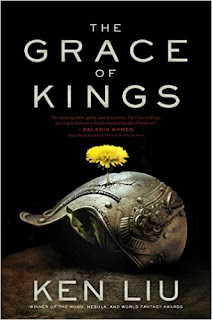 The Grace of Kings (The Dandelion Dynasty)
This book is a great re-imagining of how the Chu Han Contention (206–202 BC) would be fought out in the fantasy land of Dara, complete with the Silkpunk technology, and the interfering Gods.
Kindle Price: $1.99
Click here to download this book. 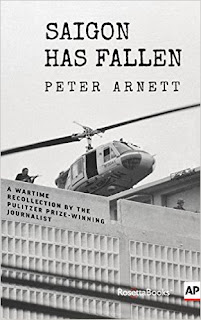 Saigon Has Fallen
“Peter Arnett is the best reporter of the Vietnam War.” —David Halberstam, Journalist and Historian
nett places readers at the historic pivot-points of Vietnam: covering Marine landings, mountaintop battles, Saigon’s decline and fall, and the safe evacuation of a planeload of 57 infants in the midst of chaos. Peter Arnett’s sweeping view and his frank, descriptive, and dramatic writing brings the Vietnam War to life in a uniquely insightful way for this year’s 40th anniversary of the Fall of Saigon.
Kindle Price: $1.99Click here to download this book.
Posted by Joisel at 7:44 AM