All Prices mentioned below are supposed to be valid till 11:59 PM US PST September 11th but Please double check the price before you download the book. Prices for eBooks changes every day (Sometimes, several times a day!)

No Knight Needed (Ever After)
This is an amazing story of a woman who has been widowed for 15 years.
Clare Gray has been comfortable in her life since her husband died when her daughter was just a infant. Until fate intervened. In the name of Griffin Friese'. Griffin was the Slipper King and had his own daemons he was chasing. While Clare was making ends meat by being an Estate Lawyer who make cupcakes in her spare time to relax. Griffin helped Clare rescue her daughter and a few of her friends who went out camping. When a storm hit. Trees were down, water raising, and phone service was not the best. All Clare could see was her daughter dying like her husband did. She did not have time to be attracted to a complete stranger. Griffin was in town attempting to make contact with his teenage daughter whom he thought his ex-wife poised against him. Griffin is a hard working CEO and businessman who wanted his daughter back with him.
Kindle Price: $0.00
Click here to download this book.

Fatal Reaction (Paramedic Anneliese Ashmore Mysteries Book 1)
Paramedic Ana Ashmore happens upon a crime scene and figures she’ll lend a hand, even though she wasn’t called to the scene. What she finds is beyond belief. Her sister Sydney has died of an apparent suicide. But Ana doesn’t believe that’s really what happened since Sydney had everything to live for after recently beating cancer. A little digging around uncovers some interesting facts. Not only was Sydney fighting with her soon-to-be ex-husband, but she was also in touch with another doctor—one Ana knew nothing about. With help from family friend and police officer Mike and Dr. Jared Monroe, Ana pieces together what was going on in Sydney’s life leading up to her murder and finds some startling information. The killer is still on the loose, and they strike again, killing one person and kidnapping another. When Ana puts all the pieces together, she ends up in danger of suffering the same fate as her sister. Jared and Mike have to figure out where the killer has taken her and get there in time to save her life.
Kindle Price: $1.99
Click here to download this book. 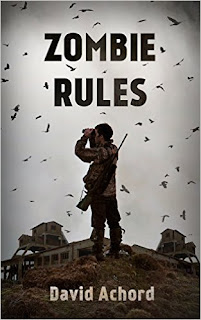 Zombie Rules
Zach Gunderson, a skinny sixteen-year-old High School sophomore, is caught up in a worldwide infection which turns its victims into violent zombies. Together with his friends, Zach learns to survive in a world turned upside down. In addition to the violent zombies, there are the lawless survivors which his group must contend against as well.
Kindle Price: $0.99Click here to download this book. 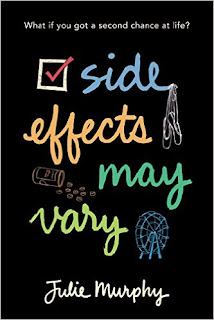 Side Effects May Vary
This is a fearless and moving tour de force about love, life, and facing your own mortality
Kindle Price: $1.99
Click here to download this book. 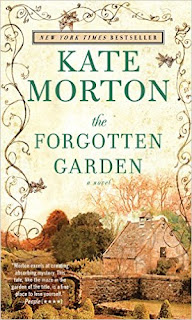 The Forgotten Garden: A Novel
Cassandra is lost, alone and grieving. Her much loved grandmother, Nell, has just died and Cassandra, her life already shaken by a tragic accident ten years ago, feels like she has lost everything dear to her. But an unexpected and mysterious bequest from Nell turns Cassandra's life upside down and ends up challenging everything she thought she knew about herself and her family. Inheriting a book of dark and intriguing fairytales written by Eliza Makepeace - the Victorian authoress who disappeared mysteriously in the early twentieth century - Cassandra takes her courage in both hands to follow in the footsteps of Nell on a quest to find out the truth about their history, their family and their past; little knowing that in the process, she will also discover a new life for herself.
Kindle Price: $1.99
Click here to download this book. 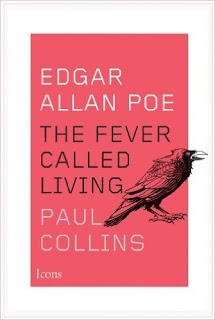 Edgar Allan Poe: The Fever Called Living (Icons)
This is a spellbinding story about the man once hailed as “the Shakespeare of America.”
Poe’s life was one of unremitting hardship. His father abandoned the family, and his mother died when he was three. Poe was thrown out of West Point, and married his beloved thirteen-year-old cousin, who died of tuberculosis at twenty-four. He was so poor that he burned furniture to stay warm. He was a scourge to other poets, but more so to himself.
Kindle Price: $1.99Click here to download this book.