All Prices mentioned below are supposed to be valid till 11:59 PM US PST September 13th but Please double check the price before you download the book. Prices for eBooks changes every day (Sometimes, several times a day!)

The Billionaire's Counterfeit Girlfriend (The Pryce Family Book 1)
Mark is a billionaire who seems to be following in his own fathers footsteps. He can't seem to keep a girlfriend for more than three months earning all his women the title of 'Quarterly Girls'. Hilary has her own bad family history she is trying her best to get away from. Mark has been watching Hilary for a while, and asks her to pretend to be his girlfriend at a family event to avoid being paired with a woman that his mother has chosen for him. Add in inteference from Hilary's jealous cousin/half-sister and Marks' mother, and their fledgling attraction is off kilter. Mark soon realizes that he loves Hilary and embarks on a huge attempt to win her back and convince her that he loves her.
Kindle Price: $0.00
Click here to download this book.

Drivers
What would you do if someone offered you a great job with a company car, an expense account and the chance to drive the girl of your dreams around all day? You'd bite their hand off, right? What if the guy offering the job is a violent gangster and the girl of your dreams is his only daughter? Still keen? Ross Fleming decides to take the job but his dreams turn to nightmares as the girl takes him on a journey he'll never forget. Revenge, justice, loyalty, lies, love, anger and an identity crisis. Turns out, the new chauffeur is not her only driver...so buckle up and enjoy the ride.
Kindle Price: $2.99
Click here to download this book. 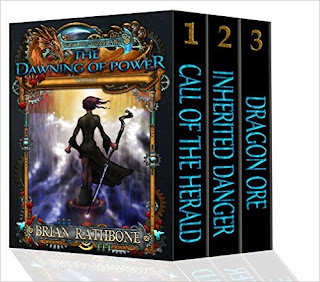 The Dawning of Power: Young Adult Epic Fantasy Bundle (The World of Godsland Bundle Series Book 1)
Echoes of the ancients' power are distant memories, tattered and faded by the passage of eons, but that is about to change. A new dawn has arrived. Latent abilities, harbored in mankind's deepest fibers, wait to be unleashed. Ancient evils awaken, and old fears ignite the fires of war.
The Dawning of Power includes three books.
Kindle Price: $0.99Click here to download this book. 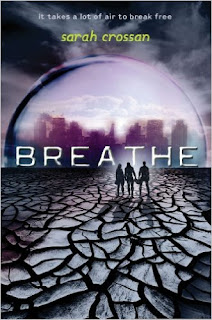 Breathe
Global warming has devastated the entire planet, and oxygen levels are at an all time low. The survivors have found a way to live in domed cities which are erected around the planet by the corporation Breathe. They control the oxygen consumption of everyone in the city. Lower class citizens must pay for their oxygen, while wealthier classes have an unlimited supply. Quinn, the handsome, wealthy Premium whose father works for the Breathe corporation. Bea, who is an auxiliary, and also Quinn's best friend happens to be in love with him. Alina, the headstrong gorgeous girl who happens to be part of the Resistance. Can they all work together to save the dome and everyone who lives in it from further destruction?
Kindle Price: $1.99Click here to download this book. 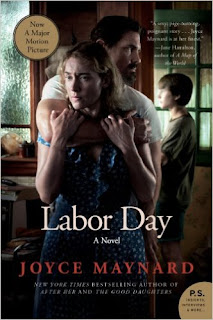 Labor Day (P.S.)
With the end of summer closing in and a steamy Labor Day weekend looming in the town of Holton Mills, New Hampshire, thirteen-year-old Henry—lonely, friendless, not too good at sports—spends most of his time watching television, reading, and daydreaming about the soft skin and budding bodies of his female classmates. For company Henry has his long-divorced mother, Adele—a onetime dancer whose summer project was to teach him how to foxtrot; his hamster, Joe; and awkward Saturday-night outings to Friendly's with his estranged father and new stepfamily. As much as he tries, Henry knows that even with his jokes and his "Husband for a Day" coupon, he still can't make his emotionally fragile mother happy. Adele has a secret that makes it hard for her to leave their house, and seems to possess an irreparably broken heart. But all that changes on the Thursday before Labor Day, when a mysterious bleeding man named Frank approaches Henry and asks for a hand. Over the next five days, Henry will learn some of life's most valuable lessons: how to throw a baseball, the secret to perfect piecrust, the breathless pain of jealousy, the power of betrayal, and the importance of putting others—especially those we love—above ourselves. And the knowledge that real love is worth waiting for.
Kindle Price: $1.99Click here to download this book.