All Prices mentioned below are supposed to be valid till 11:59 PM US PST September 2nd but Please double check the price before you download the book. Prices for eBooks changes every day (Sometimes, several times a day!)

At Last (The Idle Point, Maine Stories - Book #1)
From the moment they met as children, there was something special between Noah Chase and Gracie Taylor, something that grew and matured right along with them. Despite Gracie's troubled family--and Noah's cold, distant one--they man-aged to make each other laugh, and keep each other's dreams alive... But Noah's father already had plans for his golden boy's future--plans that did not include the likes of poor, ordinary Gracie Taylor. And when he succeeded in tearing them apart--on the night before their wedding--it seemed those childhood dreams and teenage passions had been crushed by more grown-up things, like sorrows and secrets and lies... Now, Gracie has returned to Idle Point, Maine--and so has Noah. Over the years, they've wondered if those dreams were just delusions, or if a love like theirs could ever happen again. Maybe they'll find out at last..
Kindle Price: $0.00
Click here to download this book.

Minutes to Kill (Scarlet Falls)
The story revolves around Hannah Barrette. After a corporate gathering in Las Vegas, she finds herself in the middle of a kidnapping. She tries to help the girl escape, but fails. With a concussion, she returns to her home in Scarlett Falls, NY, where she plans to recuperate and keep an eye on her brother’s dog while he and his family are traveling. Unfortunately, the kidnapper snatched her purse and knows where to find her. He and his brother decide it’s too hot for them in Las Vegas, and they want revenge on the woman who got away.
Kindle Price: $1.99
Click here to download this book. 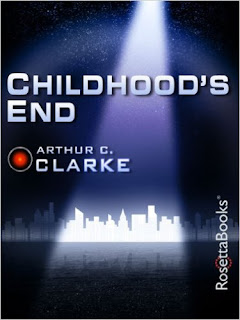 Childhood's End (Arthur C. Clarke Collection)
Without warning, giant silver ships from deep space appear in the skies above every major city on Earth. Manned by the Overlords, in fifty years, they eliminate ignorance, disease, and poverty. Then this golden age ends--and then the age of Mankind begins....
Kindle Price: $1.99Click here to download this book. 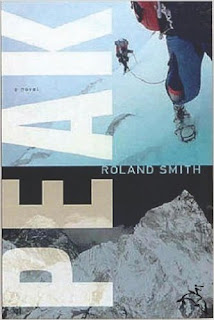 Peak
Peak Marcello is a fourteen year old boy living in New York City who illegally climbs skyscrapers to satisfy his passion for climbing, handed down to him from both of his parents. Unfortunately, his last illegal climb of a skyscraper hands him a harsh sentence from a Judge who is trying to make an example of him. Peak's father steps in and offers to finish raising the boy halfway around the world. His father gives Peak an opportunity to climb Mount Everest in order to be the youngest climber to top the mountain, but Peak soon realizes there are strings attached to the deal.
Kindle Price: $1.99
Click here to download this book. 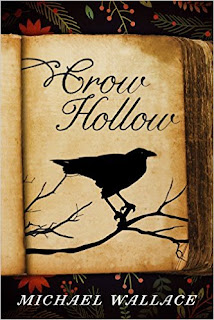 Crow Hollow
1676, Massachusetts. Prudence Cotton needs to find her daughter. The girl was kidnapped by members of the Nipmuk tribe, and with Prudence’s husband dead, she has no one to help her search the wilderness for her child. James Bailey has been sent from England to investigate the death of Prudence’s husband, but her his partner is killed, he forms an uneasy alliance with Prudence and agrees to help her search the frozen wilds of New England for her daughter.
Kindle Price: $1.99
Click here to download this book.