All Prices mentioned below are supposed to be valid till 11:59 PM US PST September 22nd but Please double check the price before you download the book. Prices for eBooks changes every day (Sometimes, several times a day!)

Cut from the Same Cloth: A Humorous Traditional Regency Romance (My Notorious Aunt Book 3)
Lady Elizabeth Hampton is at a crossroads in her life. Her father went in search of his son who sailed to America and never returned. Now, her father is missing as well. As her twin brother is too immature to take over supporting her, she relies on her seamstress skills to make her own clothes. She is proud of the unique fabrics she finds to make her dresses. She is now in London in search of, hopefully, a wealthy husband. get married and settled before he passes on. Unwilling to do so, he agrees to travel to London and attend some balls. Valen's Aunt Honore feels that Elizabeth is a good match for Valen and invites her and her brother to their home. Being thrown together like that has Valen and Elizabeth getting to know one another better and they both realize that their first impressions were wrong.
Kindle Price: $0.00
Click here to download this book.

Wrong Place: A gripping serial killer crime thriller
DI Sally Parker has a serial killer on her patch. One thing that sets this killer apart from the others she's hunted before: his willingness to leave DNA at each of the crime scenes. It's up to Sally and her partner DS Jack Blackman to find out why before the body count rises to double figures. While Sally is engrossed in the investigation, her ex-husband, Darryl, pays a surprise visit to her new home. His actions not only threaten Sally's new-found confidence, but they also force the DCI to give Sally an ultimatum concerning the case.
Kindle Price: $0.99
Click here to download this book. 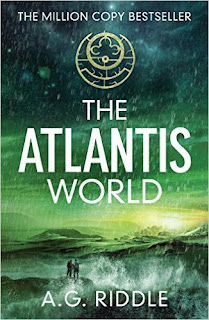 The Atlantis World (The Origin Mystery, Book 3)
This is the third and final book in A.G. Riddle's Origin Mystery trilogy. This adventure across space and time explores the history of the Atlantean homeworld and culture, a topic readers have asked about since the first novel in the series, The Atlantis Gene.
Kindle Price: $2.99Click here to download this book. 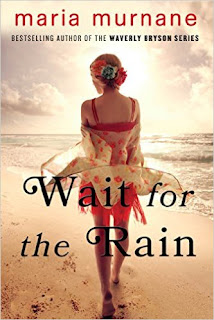 Wait for the Rain
Daphne, is about to turn forty and with that she is feeling like a lot of her life has been wasted. Married for more than half of her life, she is now a divorced woman dealing with a teenage daughter she no longer feels like she can talk to. Going off on vacation with her two best friend's from college, Skylar and KC, she has doubts about whether she can keep it together without them feeling sorry for her. A Short History of Women: A Novel
The novel opens in England in 1915, at the deathbed of Dorothy Townsend, a suffragist and one of the first women to integrate Cambridge University. Her decision to starve herself for the cause informs and echoes in the later, overlapping narratives of her descendants. Among them are her daughter Evie, who becomes a professor of chemistry at Barnard College in the middle of the century and never marries, and her granddaughter Dorothy Townsend Barrett, who focuses her grief over the loss of her son by repeatedly defying the ban on photographing the bodies of dead soldiers returned to Dover Air Force base from Iraq. The contemporary chapters chronicle Dorothy Barrett's girls, both young professionals embarrassed by their mother's activism and baffled when she leaves their father after fifty years of marriage.
Kindle Price: $1.99Click here to download this book. 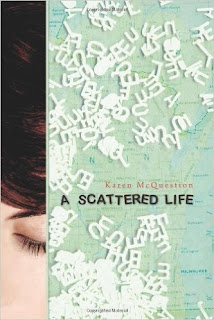 A Scattered Life
When free-spirited Skyla marries proper and predictable Thomas Plinka, she finally finds the love and stability she’s craved since childhood. She also acquires a new family: mother-in-law Audrey, disapproving and suspicious of Skyla’s nomadic past; father-in-law Walt, gruff but kind; and Thomas’s brothers, sofa-bound Jeffrey, and Dennis, who moved across the country seemingly to avoid the family.  Skyla settles into marriage and motherhood, but quiet life in small-town Wisconsin can’t quell feelings of restlessness. Then into her life comes Madame Picard, the local psychic from the disreputable bookstore, Mystic Books, and new neighbor, Roxanne, whose goal in life is to have twelve kids even though she can’t manage the five she has. Despite her family’s objections, Skyla befriends Roxanne and gets a job at the bookstore, and life gets fuller and more complicated than she ever imagined.
Kindle Price: $2.00Click here to download this book. 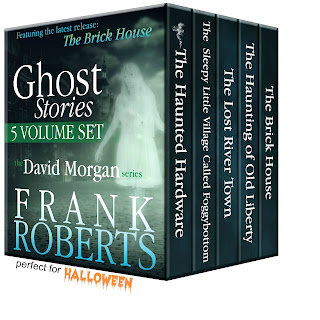 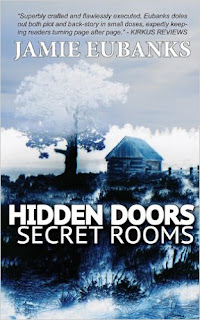 HIDDEN DOORS, SECRET ROOMS
"This finely wrought sci-fi/mystery/thriller explores the themes of rebirth and renewal through characters on the run and those who come to their aid...Superbly crafted and flawlessly executed, Eubanks doles out both plot and back-story in small doses, expertly keeping readers turning page after page...This is a phenomenal first novel; an excellent read for anyone who loves mystery, and would-be writers who want to learn exactly how it's done." - KIRKUS REVIEWS
Kindle Price: $0.99
Click here to download this book.

The Tube Riders: Underground (The Tube Riders Trilogy #1)
London, 2075. A group of misfits calling themselves the Tube Riders seek to forget the chaos by playing a dangerous game with trains. Everything changes the day they are attacked by a rival gang. Fleeing for their lives, they are pursued not only by their rivals, but by the brutal Department of Civil Affairs.
Kindle Price: $0.00
Click here to download this book. 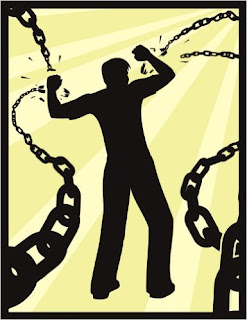 Inside the Giant Machine: An Amazon.com Story ("Breaking Away Chains" Cover)
Behind Amazon's quirky smile logo lurks a cold and calculating giant machine. Author Kalpanik S. reveals his own smile as he tells the somewhat quirky story of his complex, and often hilarious, relationship with Amazon. From the sophisticated wit in his portrayal of the courtship period in "How To Get Hired By Amazon In Ten Days", to the dark humor of the disillusionment period in "The Cold, Calculating Machine", Kalpanik's story is more than just an insider's view of the giant machine known as Amazon.com. It's a modern, universal story of the uneasy relationship between an individual and today's gargantuan corporations. In the end, it is also a story of redemption for creative and free thinking individuals that define America.
Kindle Price: $0.99
Click here to download this book. 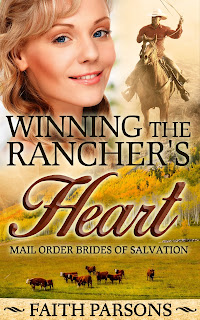 Winning the Rancher's Heart: Clean Western Historical Romance
No controversial, political (pro life/ pro choice), racist, vulgar, hateful, offensive messages or promotion of pharma products, enlargement of any body parts, loan refi, work at home schemes. When Elizabeth becomes Paul's mail-order bride, she adapts quickly to frontier life. But although Paul is kind, he's reluctant to bare his soul to her. But as cattle rustlers force Paul's ranch to the brink of ruin, Elizabeth must convince her husband to let her help save his home--and his heart.
Kindle Price: $0.00
Click here to download this book. 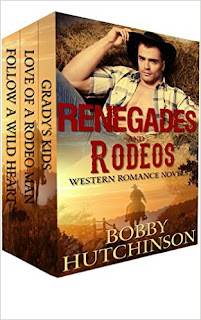 RENEGADES AND RODEOS: Western Romance Novels
Western romance bundle--three full length cowboy stories in one, for .99--but only for a limited time. Grab your copy and spend a few hours on the range and at the rodeo.
Kindle Price: $0.99
Click here to download this book. 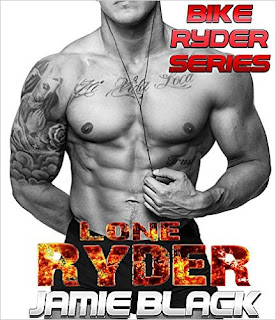 Lone Ryder: Hot Motorcycle Club Romance (Bike Ryder Series Book 1)
Recently divorced, Sara is tired of the Stepford-wife lifestyle. She decided to step out on her own one night and ends up at a local Biker Bar where she meets Ryder. Ryder isn't looking for anything. He's the one everyone knows. Except Sara. She walks into the bar, beautifully out of place.
Kindle Price: $0.00
Click here to download this book. 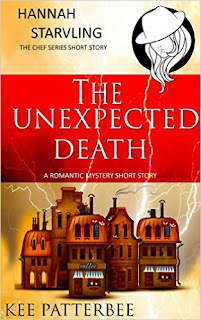 The Unexpected Death: Hannah Starvling - The Chef Mysteries (Mystery, Murder and Romance Series - Short Story Book 1)
Hanna interviews her suspects and interacts with them in a unique way. She always sizes them up so that you know exactly the precise thoughts' and how Hannah categorizes them in the investigation. She sticks to pure detective work and never jumps to conclusions, but rather discovers everything through systematic detective work, even if her friends could be involved.
Kindle Price: $0.00
Click here to download this book. 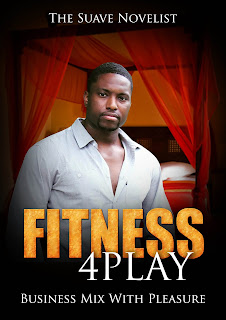 Fitness 4Play: Business Mix With Pleasure (Novel 2)
"Have you ever mixed business with pleasure?
After dodging the "pregnant" bullet of a one night stand, Devin "Dab" Banks is determined to be a one-woman man....and a father. After learning about Lucy's pregnancy, Devin knew times were changing. Goodbye "sensual mischief" with various females. Goodbye wild, freaky rendezvous stories to reveal to his best friends, Big Rob and Greg. It is time to become a family man....or is it. Since opening his personal training studio, Fitness 4Play, Devin has been experiencing some tantalizing dreams. Dreams that evoke memories of his player past more so than his family-oriented future. Dreams that instigate the lustful demons that he is trying his damnedest to suppress. When Devin figures out that his dreams are focused on a certain client, he will realize that messing with her is wrong for more reasons than cheating on Lucy. They say to never open up Pandora's Box. Dab will soon find out how true that statement is."
Kindle Price: $3.99
Click here to download this book.
Posted by Joisel at 12:09 AM