All Prices mentioned below are supposed to be valid till 11:59 PM US PST September 7th but Please double check the price before you download the book. Prices for eBooks changes every day (Sometimes, several times a day!)

Wild Irish Heart (The Mystic Cove Series Book 1)
Keelin lives in Boston. Her mother's past lies in Ireland and refuses to share it with her daughter until Keelin receives a special book from her estranged grandmother. This is the story of Keelin in Ireland and the many discoveries she encounters, some concerning herself!
Kindle Price: $0.00
Click here to download this book.

Out of Focus (An Adams Grove Novel Book 2)
A woman is caught in a web of deception as she desperately searches for her missing son.
Kindle Price: $1.99
Click here to download this book. 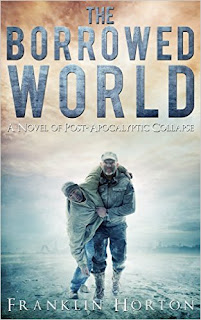 The Borrowed World: A Novel of Post-Apocalyptic Collapse
When an attack on a lot of the main systems in the USA happens, the country is thrown into chaos. With no heat, no phones, no electricity and a ration on petrol etc, people don't know what to do. Most are just trying to make good of a bad situation, but there is always the bad seeds. This story follows Jim, a prepper of sorts, and his journey home. He is stranded hundreds of miles from there with some of his colleagues and they decide to do what they can to get home safely.
Kindle Price: $0.99
Click here to download this book. 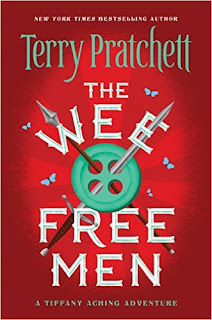 The Wee Free Men (Discworld Book 30)
Armed only with a frying pan and her common sense, Tiffany Aching, a young witch-to-be, is all that stands between the monsters of Fairyland and the warm, green Chalk country that is her home. Forced into Fairyland to seek her kidnapped brother, Tiffany allies herself with the Chalk's local Nac Mac Feegle - aka the Wee Free Men - a clan of sheep-stealing, sword-wielding, six-inch-high blue men who are as fierce as they are funny. Together they battle through an eerie and ever-shifting landscape, fighting brutal flying fairies, dream-spinning dromes, and grimhounds - black dogs with eyes of fire and teeth of razors - before ultimately confronting the Queen of the Elves, absolute ruler of a world in which reality intertwines with nightmare. And in the final showdown, Tiffany must face her cruel power alone....
Kindle Price: $1.99
Click here to download this book. 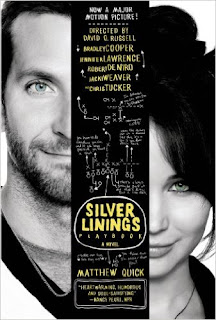 The Silver Linings Playbook: A Novel
Pat has a theory: his life is a movie produced by God. And his God-given mission is to become physically fit and emotionally literate, whereupon God will ensure a happy ending for him -- the return of his estranged wife Nikki. (It might not come as a surprise to learn that Pat has spent time in a mental health facility.) The problem is, Pat's now home, and everything feels off. No one will talk to him about Nikki; his beloved Philadelphia Eagles keep losing; he's being pursued by the deeply odd Tiffany; his new therapist seems to recommend adultery as a form of therapy. Plus, he's being hunted by Kenny G!