All Prices mentioned below are supposed to be valid till 11:59 PM US PST October 10th but Please double check the price before you download the book. Prices for eBooks changes every day (Sometimes, several times a day!)

At Last (The Idle Point, Maine Stories - Book #1)
From the moment they met as children, there was something special between Noah Chase and Gracie Taylor, something that grew and matured right along with them. Despite Gracie's troubled family--and Noah's cold, distant one--they man-aged to make each other laugh, and keep each other's dreams alive...But Noah's father already had plans for his golden boy's future--plans that did not include the likes of poor, ordinary Gracie Taylor. And when he succeeded in tearing them apart--on the night before their wedding--it seemed those childhood dreams and teenage passions had been crushed by more grown-up things, like sorrows and secrets and lies...Now, Gracie has returned to Idle Point, Maine--and so has Noah. Over the years, they've wondered if those dreams were just delusions, or if a love like theirs could ever happen again. Maybe they'll find out at last...
Kindle Price: $0.00
Click here to download this book.

Tear Drop: Serial Killer Thriller (Detective Elizabeth Ireland Crime Thriller Series Book 1)
“Ross Campbell vanished almost a decade ago, and since then nothing has been heard from the serial killer known as Teardrop…until now.” An Irish newspaper receives a chilling letter claiming to be from Campbell, which promises a new reign of terror. The killer has given them seven days to find him before he disappears again. The clock is ticking. Only Elizabeth Ireland, former detective and the lead investigator on the original case, knows that it can't possibly be from Campbell. She knows where he is. But how does she convince the investigating team, as the bodies pile up, that Campbell isn't the killer without revealing her secret knowledge?
Kindle Price: $2.99
Click here to download this book. 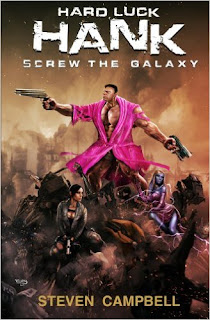 Hard Luck Hank: Screw the Galaxy
Hank is a negotiator between rival gangs on an criminal space station. He has a mutation making him so dense in body mass that he is virtually invulnerable to bullets, punches, even having two ton crates dropped on him. He's a no nonsense, sarcastic guy who doesn't think much past the moment. That's not to say he's dumb. He's pretty clever. He just doesn't care about any long term goals. But Hank doesn't grow or change at all. He starts as a guy who doesn't really care about any big goals or even want any real relationships (friends or romance) and he ends exactly the same way without even a moment of variation.
Kindle Price: $1.99Click here to download this book. 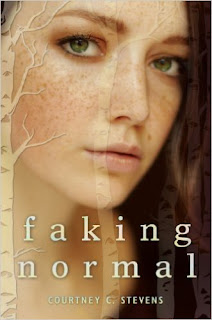 Faking Normal
The book is about Alexi and her secret. Outside she seems like a normal teen but if you look closely you'll see her cracks. Alexi was raped that summer but she doesn’t even know why she hadn't fought him off. All she wants is to forget and graduate. But he nightmares keep her up at night and the claw marks on the back of her neck remind her of her pain everyday. Then she meets Bodee. He's a boy whose father murdered his mom in an alcohol-infused rage. He's quiet and smart and sweet and just awkward enough to drive people away. He dies his hair with Kool Aid and hardly has friends. Fate steps in to help these two broken teens by putting them in the same house and helping them to fall in love.
Kindle Price: $1.99Click here to download this book. 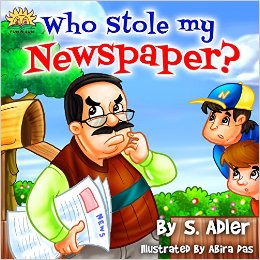 WHO STOLE MY NEWSPAPER?(Bedtime story)values picture Book(Educational)Beginner Early Reader learning(fantasy)eBook series-free story(prime)Rhymes-funny-humor-First ... reads ("UNCLE JACK"- funny & values 1)
Jumping to conclusions Is not the best solution... "Where's my newspaper? Who stole it from me? I must catch the thief, He will not stay free."   Uncle Jake was too angry, He accused right away. Then he learned a lesson, At the end of the day.
Kindle Price: $1.00Click here to download this book. 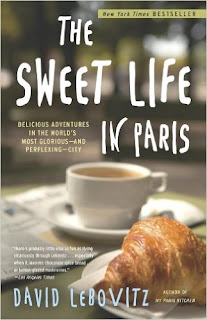 The Sweet Life in Paris
The more than fifty original recipes, for dishes both savory and sweet, such as Pork Loin with Brown Sugar–Bourbon Glaze, Braised Turkey in Beaujolais Nouveau with Prunes, Bacon and Bleu Cheese Cake, Chocolate-Coconut Marshmallows, Chocolate Spice Bread, Lemon-Glazed Madeleines, and Mocha–Crème Fraîche Cake, will have readers running to the kitchen once they stop laughing.  This is a deliciously funny, offbeat, and irreverent look at the city of lights, cheese, chocolate, and other confections.
Kindle Price: $1.99Click here to download this book.