All Prices mentioned below are supposed to be valid till 11:59 PM US PST October 15th but Please double check the price before you download the book. Prices for eBooks changes every day (Sometimes, several times a day!)

The Executive's Decision (The Keller Family Series Book 1)
Regan Keller was bound and determined not to fall in love with anyone she worked with, been their done that and all she got for it was a hospital visit and a broken heart. Back in her home town ready to start over. She gets a new job as an executive's assistant. Zach Benson is enamored with his new assistant and he won't give up until she is his. Zach openly admits he loves Regan, but she is using her past as an excuse not to admit she loves him also, too scared it will happen again. With Regan's inner conflict, her past keeps her from admitting her true feeling and it seems like she is making a mountain out of a mole hill but to her, her fear is very real. Her powerful ex almost killed her. Can she trust Zach enough not to break her heart? Can he love her after he learns her past?
Kindle Price: $0.00
Click here to download this book.

Twisted The DS Lasser series. Volume four.: Robin Roughley
All his life Robert Flynn has heard voices in his head, his mother used to call them his imaginary friends that was until the man with the bright smile opened her throat with the shiny blade. Now he can hear only one and it's telling him to do things that make him feel bad. Trouble is without his medication he becomes confused and the voice inside will only allow him sanctuary if he does exactly as he's told. As Sarah becomes obsessed with finding the man who came to her aid, she decides to take drastic measures that rebound with horrific consequences. As Lasser's worst fears are brought to life, he finds himself hunting a man who has no moral compass, but when the true nature of the killer is revealed Lasser realises that someone else laid the seeds that grew and festered someone beyond reproach who wears a bright smile to cover his identity. As the killer runs amok, Lasser must try to second-guess his intentions before more innocents are killed. Though he soon comes to realise it's not only the police hunting the killer, someone else has a stake in putting an end to his reign of terror.
Kindle Price: $1.89
Click here to download this book. 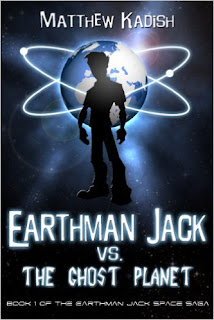 Earthman Jack vs. The Ghost Planet: An Epic Science Fiction Adventure
Jack Finnegan is average in almost every way possible for a teenage boy. After pining over the prettiest girl in school, Anna, Jack gets his chance to finally be her hero by intervening when school bully J.C. and his friends start harassing her. While on his first date with Anna, an alien invasion occurs and Jack is swept up into the action. Jack is the last surviving “earthman” as he escapes the destruction of Earth with the Princess of the galaxy and her cronies. Can this underachiever rise to the occasion and become the hero Earth needs? The fate of all life in the galaxy may rest in his hands.
Kindle Price: $1.01Click here to download this book. 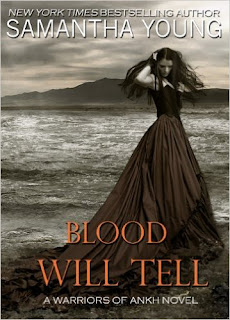 Blood Will Tell (Warriors of Ankh Book 1)
Edens family are soul eaters, they have to take a bit of soul from someone in order to live but her Mother and Father take it to the extreme. They don't just take a bit of soul, they kidnap and torture their victims and enjoy it. Eden hates them for it. She knows she is different because she cant bare the thought of hurting someone. She dreads the day when her Hunger Awakens. Noah is the new kid in town and is determined to make friends with Eden. She learns to trust him but unfortunately he Awakens the hunger in her. She has to fight her desire all the time around him. He ends up being her best friend but is he who she thinks he is?
Kindle Price: $2.56Click here to download this book.