All Prices mentioned below are supposed to be valid till 11:59 PM US PST October 17th but Please double check the price before you download the book. Prices for eBooks changes every day (Sometimes, several times a day!)

Finding Love Again (A Clean Country Romance)
Olivia is enjoying life as she plans for the future. One day she gets the worst news of her life and is spun into a depression. As Olivia meanders through every day in a fog, she meets someone that helps turn her world around. Follow Olivia as she begins her journey of finding love again.
Kindle Price: $0.00
Click here to download this book.

No Hiding Place: An edge of your seat mystery/thriller. (DI Sally Parker thrillers Book 2)
Gemma Whiting has been bludgeoned to death in an alleyway, her body found the following morning next to her car. Interviewing the victim's family, Sally becomes aware that nothing is as it seems. She's suspicious of practically all family members as they all seem to have something to hide. Soon, Sally's investigation stumbles upon a tangled web of secrets, lies and betrayal within the family. What are they all hiding? Who killed Gemma in this horrible way? Why would anyone kill this young mother? And who was the man Gemma was seen talking to the night before? But without concrete evidence, the case remains unsolved, until months later when another woman is savagely attacked. That gets the ball rolling again for Sally, and this time she goes out more determined than ever to bring the killer to justice.
Kindle Price: $0.99
Click here to download this book. 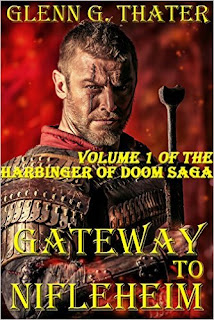 Gateway to Nifleheim (A Novel of Epic Fantasy) (Harbinger of Doom Volume 1)
The House of Eotrus ruling the northern province of the Lomion kingdom is attacked by scary demons from the world of the dead, the Nifleheim. A patrol led by the king of Eotrus, Lord Aradron Eotrus, along with his brave Knights and House wizard, are brutally killed and their bodies mutilated, by these demons which took the forms of strange animals with different ugly shapes and exoskeletons. These fiends, backed by the demon Gods of Nifleheim, plan to enter the human world through a mysterious hole in the Vermion forest near Eotrus province and kill all the mankind to take over the mortal world. The son of Lord Aradron, named Claradon, along with the valiant Knights, Sir Gabriel and Lord Angle Theta (a foreigner who came to the rescue of the Eotrus), lead a second patrol to find out what happened to the first one. They, in the midst of Vermion forest come across a mysterious hole and an ancient temple, which is used as a gateway, by the demons of Nifleheim, to cast a spell on the humans and kill them brutally to capture their soles and convert them into their slaves. Sir Gabriel and Angle Theta fight bravely with all their skills against these ugly, nauseating, scary creatures and prevent them from entering the mortal world, in the nick of moment. In the ferocious tussle with Lord Korrgonn (son of Azathoth, the God of the Dead), Gabriel loses his life. His soul captured by the demon God. Though the patrol of Claradon was successful in driving the demons back to Nifleheim, they vow to avenge the brutal murder of Gabriel and also bring his soul back to human world, from the demonic clutches of Nifleheim
Kindle Price: $0.00
Click here to download this book. 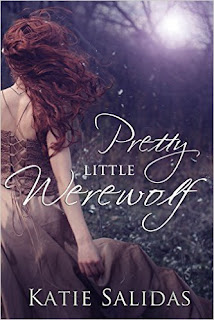 Pretty Little Werewolf
Giselle is a lone wolf, with all the makings of an Alpha. She has spent her live in the foster kid system never meeting another wolf until she is placed with Martina, there're she lives with Marina the Alpha, her mate and two adopted daughters Diana and Taylor. They want her to join their pack. Having never had a family, let alone a pack, Giselle is cautious . Enroll into a new high school she meets two hunky guys, Asher a wolf the son of the Alpha from the rival pack, and Damien, a witch. She is drawn to both males. Asher warns her to be cautious before committing to Martina's pack, the packs have been enemies for years. There is a mystery here and Giselle is determined to find out everything before committing herself.
Kindle Price: $2.99Click here to download this book. 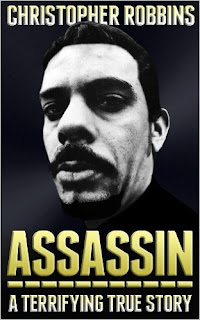 Assassin: The Terrifying True Story Of An International Hitman
This is the terrifying true story of international assassin Carlos Evertsz as he ricocheted between the high life in London, Madrid and the island paradise of the Dominican Republic – and some of the world's most horrific jails. It is the complete dossier of an agent licensed to kill and who doesn't hesitate to unflinchingly state his own record of shocking atrocities.
Kindle Price: $1.50Click here to download this book. 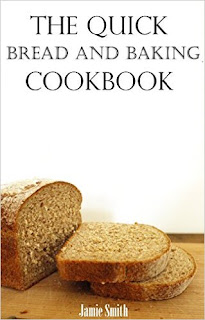 Quick Bread And Baking Recipes: Easy And Quick Bread And Dessert Recipes In Under 60 Minutes (Bread Machine Recipes)
This cookbook is for those that are looking for great tasting bread, pie or dessert, that can be made quickly and easily. This cookbook has a wide variety of pies, breads, cookies and square recipes your family will love, if you are new to baking then you will love this cookbook too as most of these recipes are newbie friendly.
Kindle Price: $2.99Click here to download this book.