All Prices mentioned below are supposed to be valid till 11:59 PM US PST October 3rd but Please double check the price before you download the book. Prices for eBooks changes every day (Sometimes, several times a day!)

Amethyst (Chase Family Series Book 1)
Amethyst "Amy" Goldsmith, daughter of a jeweler, is an accomplished and talented jewelry maker who loves her craft and has a great passion for her work but her personal life is hardly as fulfilling. In just two weeks she will be wed to a man whom she does not love - a man who plans to keep her away from her work to make babies and keep his house all nice and tidy-like. Amy longs for love but will not hurt her father by backing out of the unwanted marriage. One day Colin Chase "Earl of Greystone" walks into her family store and they immediately connect but, sadly, he is far out of her league.
Kindle Price: $0.00
Click here to download this book.

A Man of Some Repute (A Very English Mystery Book 1)
Selchester Castle in 1953 sits quiet and near-empty, its corridors echoing with glories of the past. Or so it seems to intelligence officer Hugo Hawksworth, wounded on a secret mission and now reluctantly assuming an altogether less perilous role at Selchester. The Castle’s faded grandeur hides a web of secrets and scandals—the Earl has been missing for seven years, lost without a trace since the night he left his guests and walked out into a blizzard. When a skeleton is uncovered beneath the flagstones of the Old Chapel, the police produce a suspect and declare the case closed. Hugo is not convinced. With the help of the spirited Freya Wryton, the Earl’s niece, he is drawn back into active service, and the ancient town of Selchester is dragged into the intrigues and conspiracies of the Cold War era.
Kindle Price: $1.99
Click here to download this book. 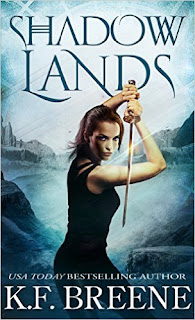 Shadow Lands (The Warrior Chronicles, 3)
In order to finally claim her title of Chosen and lead the Shadow People out of the Land of Mist, Shanti must make it through a century's old system to test her battle awareness, her fighting skill, and her ability to stay alive. She's about to enter The Trials, and she must do it alone. Separated from Shanti on a dangerous island, Cayan must learn to use his mental skill while keeping his men safe from the people set out to kill them. But as more Inkna and Graygual flood the island, Cayan hears of a sinister force deep in the woods, rigging The Trials and killing any who venture too close. It is now a race against time. The battle to become the Chosen has begun, and the victor is anything but decided.
Kindle Price: $1.99Click here to download this book. 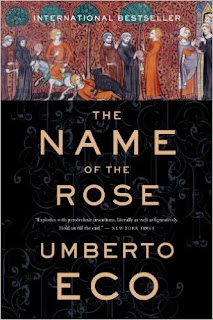 The Name of the Rose
The year is 1327. Franciscans in a wealthy Italian abbey are suspected of heresy, and Brother William of Baskerville arrives to investigate. When his delicate mission is suddenly overshadowed by seven bizarre deaths, Brother William turns detective. His tools are the logic of Aristotle, the theology of Aquinas, the empirical insights of Roger Bacon - all sharpened to a glistening edge by wry humor and a ferocious curiosity. He collects evidence, deciphers secret symbols and coded manuscripts, and digs into the eerie labyrinth of the abbey, where "the most interesting things happen at night."
Kindle Price: $1.99Click here to download this book. 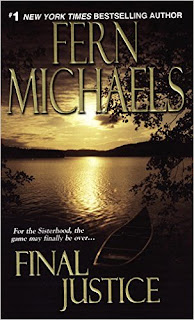 Final Justice (Sisterhood)
The Sisterhood - Myra, Annie, Kathryn, Alexis, Yoko, Nikki, and Isabelle - have risked everything in the name of justice, including their own freedom. Their most recent mission promised to reward them with the ultimate prize - a presidential pardon and a chance to leave their enforced exile. But as they've learned too many times before, life doesn't always turn out as planned. Business titan Ruben Rumson has turned his attention to politics. By throwing the weight of his vast media empire behind on of the presidential candidates, Ruben hopes to gain influence over the highest office in the land.But his chosen candidate is Martine Connor's opponent, and if her bid for the White House fails, the Sisterhood can kiss their promised pardon goodbye. The only solution: travel to Washington and go tow-to-toe with the world's most powerful and ruthless media mogul. Armed with Annie's sizeable chequebook, Alexis' red bag of tricks, and Maggie's top secret folder of dynamite information, the Ladies of Pinewood have a daring plan to pull off their most important job yet - and this time, failure is not an option.
Kindle Price: $1.99Click here to download this book. 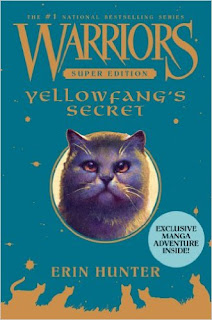 Warriors Super Edition: Yellowfang's Secret
Yellowkit is a ShadowClan cat through and through and she can't wait to become a fearless warrior. Then Yellowkit trains as an apprentice and finally receives her warrior name, Yellowfang--and much to her surprise, she realizes that her paws weren't meant to shed blood. Her true destiny lies as a healer, and she takes her place as ShadowClan's medicine cat apprentice. But Yellowfang's dreams are haunted by a dark prophecy, and every paw step she takes seems drenched in heartache. As she struggles to separate herself from her warrior past, she realizes that the future she faces is bleak and dim--colored by a devastating secret that could destroy the warrior Clans.

Welcome to California: Winner of the Best Young Adult Book Award in the Multicultural Category
A true story which is better than any fiction. It begins as a story of an ambitious young man traveling to a land far away from his home to fulfill his ambitions. It unfolds in the fast moving technology world of Silicon Valley. Technology. Art. Wit. Ambition. Humor. Imagination. They all come together in this wonderful tale of a man's journey though space, time, life and love.
Kindle Price: $0.99
Click here to download this book. 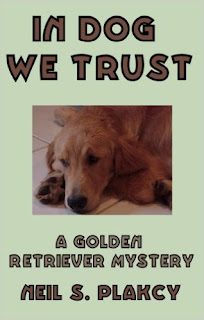 In Dog We Trust
Can a dog really solve a crime? Rochester can, in this first of six cozy golden retriever mysteries.
Kindle Price: $2.99
Click here to download this book.

Payback
Tom was livid at her happiness and engineered a plan to send her to prison. That would take away the freedom she chose over him. But with Bear’s help, Arena fought back and fought dirty too. It was the only way when it came to Tom. A suspenseful romantic/crime novel that will keep you gripped.
Kindle Price: $0.00
Click here to download this book.