All Prices mentioned below are supposed to be valid till 11:59 PM US PST October 7th but Please double check the price before you download the book. Prices for eBooks changes every day (Sometimes, several times a day!)

Mountain Angel (Northstar Romances Book 1)
Aelissm Davis figured she would eventually return home to Northstar, Montana, but not like this—out of options, chased to the secluded valley by an obsessive former friend and troubled by memories of her dead fiancé. When a call from her stalker makes it clear he wasn’t deterred, Aelissm asks her overprotective uncle for advice. His decision to send Patrick O’Neil to keep her safe might become an even bigger problem. Pat is a haunted man with a kind smile and sad eyes. Aelissm knows he will leave, but there is something irresistible about him. He could be the best thing to ever happen to her… if she can convince him to stay.
Kindle Price: $0.00
Click here to download this book.

Every Breath You Take
This book was about a psycho ex-boyfriend. He believed you two were/are/will belong together forever. He will do anything to make it happen. Natalie is beautiful, young, PR rep living what seems to be a normal life. Her life is anything but normal with the past filled with tragedy and a man that will do anything he can to have her. Natalie's life started off with the death of her parents when she was a baby. Put into the care of her loving grandparents didn't last long. When she was 10 their deaths lead her to live with her jealous, abusive uncle and aunt. Under their roof, Natalie was verbally and physically abused. To escape her life, she filled her life with school. That was her saving grace in life. Having no friends, one boy, Joey befriended her. She accepted his friendship with in-trepidation. As the years passed, what she saw as friends between the two turned into complete obsession for Joey. As the years passed, Natalie moved on to an elite college leaving Joey behind. This did not sit well with Joey. His obsession went into overdrive leading him to attack Natalie and stab to death her boyfriend. Joey is admitted to a mental hospital and Natalie is left to pick up her life and find some form of normal. Moving past this horrible tragedy, Natalie moved on and finished out college and put her past as far behind her as she could.
Kindle Price: $1.99
Click here to download this book. 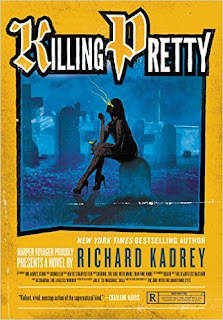 Killing Pretty: A Sandman Slim Novel
Someone has tried to kill Death—ripping the heart right out of him—or rather the body he's inhabiting. Death needs Sandman Slim's help. He believes anyone who can beat Lucifer and the old gods at their own game is the only one who can solve his murder. Stark follows a sordid trail deep into LA's subterranean world, from vampire-infested nightclubs to Weimar Republic mystical societies. Along the way he meets a mysterious girl—distinguished by a pair of graveyard eyes—as badass as Slim; she happens to be the only person who ever outwitted Death. But escaping her demise has had dire consequences for the rest of the world... and a few others.
Kindle Price: $1.99Click here to download this book. 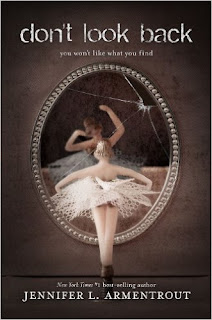 Don't Look Back (Digital Picture Book)
Samantha and her best friend Cassie have been missing for days. When Sam is found, she doesn’t know her own name. Doesn’t recognize her parents, her brother, her friends, even her boyfriend. She can’t tell anyone what happened or where Cassie is. She has no idea. All personal details of her life are missing. But is it a bad thing? Samantha was a bitch. She was a mean girl. All of her friends are mean girls too. Cassie was quite possibly the meanest of them all. This new Sam doesn’t like that sort of behavior. This new Sam is getting a second chance to be a better person. And this new Sam is finding herself attracted to someone other than her boyfriend... his name is Carson Ortiz. Carson used to be good friends with Sam, until she became so mean. Carson is willing to give this new Sam a chance, even going as far as helping her find out what happened to Cassie.  As small parts of her memories start to resurface, Sam is finding herself confused and suspicious of everyone. She feels like she’s losing her mind and she doesn’t know what to do or who to trust. The closer she gets to finding out what happened to Cassie, the more danger she is in...
Kindle Price: $0.99Click here to download this book. 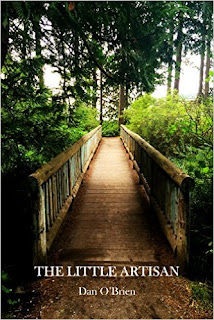 The Little Artisan
Not all fairy tales involve young princesses waiting to be swept off their feet by a prince. Some heroines want to change the world. Camille believes that she can change their fate by creating a machine to make it rain once more. However, the village is suspicious of her efforts, concerned that her deep love of science will anger the magicks that once protected them. She will have to learn to stand tall and believe in herself if the world is to ever change.
Kindle Price: $2.99
Click here to download this book. 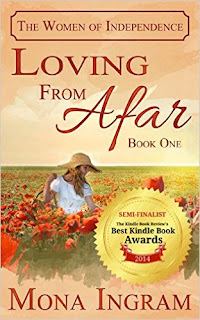 Loving From Afar (The Women of Independence Book 1)
What would you do if your perfect life was shattered by a series of uncontrollable events? Allison Ransome loses everything; everything except her love for Cole Slater, the young man she planned to marry after graduation. Gutted by Allison's perceived treachery, Cole moves on with his life. Ten years later, he returns home, telling himself he will avoid the woman who broke his heart. But nothing goes as planned. Can Allison and Cole forget the past and come to terms with the events that tore them apart?
Kindle Price: $0.00
Click here to download this book.
Posted by Joisel at 1:21 AM