All Prices mentioned below are supposed to be valid till 11:59 PM US PST November 11th but Please double check the price before you download the book. Prices for eBooks changes every day (Sometimes, several times a day!)

The Brands Who Came For Christmas (The Oklahoma Brands Book 1)
Caleb didn’t know that one night of bliss last spring with small town beauty Maya Brand had resulted in a pregnancy, until the blackmail attempt arrived on his desk in an unmarked envelope, complete with photos of Maya with a belly out to there. When he learns the truth, Caleb rushes back to Big Falls, determined to make it right despite what the scandal will do to his high profile career–the family legacy he had never truly wanted. All he wants is Maya, and their child. But can a girl whose father abandoned and betrayed her, ever truly believe in the goodness of a man who left town the morning after their one night stand? How can he convince her that he hasn’t stopped thinking about her since then, much less, do so with the whole world watching? He has to prove himself to a woman he’s not even sure he’s worthy of. But he has no idea how.
Kindle Price: $0.00
Click here to download this book.

Death Of a Temptress (DS Dave Slater Mystery Novels Book 1)
DS Dave Slater is not a happy man. Caught in a tug-of-war between the Serious Crime Unit, who have blamed him for their latest fiasco, and his boss DCI Bob Murray who’s fighting to save Slater’s career, he’s had enough of sitting at home twiddling his thumbs.
Then Bob Murray is handed a case that needs to be investigated discreetly without too many others knowing what’s going on. Who better to investigate such a case than an officer who’s supposedly suspended? However, at first glance, Slater is not impressed with the idea of re-investigating an old missing person case. But when an unexpected visitor tells Slater he just might find the very people who’ve put him in his current situation are also involved in his missing person case, he begins to feel that maybe he should take a closer look. Then, when someone tried to push him under a London bus, he knows for sure he’s onto something big! Working with new partner Norman Norman, another SCU scapegoat, they soon find their missing person isn’t quite the dull, boring person they first thought she was, and pretty soon they begin to unravel a tangled web of corruption, blackmail, deception, and ultimately a very clever murder. But with suspects seeming to come to their attention at every turn, can Slater and Norman work out who really is the killer!
Kindle Price: $0.99
Click here to download this book. 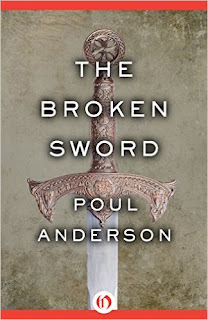 The Broken Sword
Poul Anderson’s novel The Broken Sword draws on similar Scandinavian and Anglo-Saxon sources. In his greed for land and power, Orm the Strong slays the family of a Saxon witch—and for his sins, the Northman must pay with his newborn son. Stolen by elves and replaced by a changeling, Skafloc is raised to manhood unaware of his true heritage and treasured for his ability to handle the iron that the elven dare not touch. Meanwhile, the being who supplanted him as Orm’s son grows up angry and embittered by the humanity he has been denied. A pawn in a witch’s vengeance, the creature Valgard will never know love, and consumed by rage, he will commit a murderous act of unspeakable vileness. It is their destiny to finally meet on the field of battle—the man-elf and his dark twin, the monster—when the long-simmering war between elves and trolls finally erupts with a devastating fury. And only the mighty sword Tyrfing, broken by Thor and presented to Skafloc in infancy, can turn the tide in a terrible clashing of faerie folk that will ultimately determine the fate of the old gods.
Kindle Price: $1.99Click here to download this book. 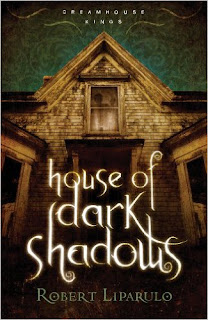 House of Dark Shadows (Dreamhouse Kings Book 1)
This is about a boy, Xander who moves to a new state with his family. Upon arriving, they purchase an old, scary house. Xander and his brother have reservations about it from the beginning. Immediately, they start hearing scary sounds and discovering signs that they are not the only ones in the house.
Kindle Price: $1.99Click here to download this book.