All Prices mentioned below are supposed to be valid till 11:59 PM US PST November 25th but Please double check the price before you download the book. Prices for eBooks changes every day (Sometimes, several times a day!)

The Daddy Pact (The Coach's Boys Series Book 1)
When Jess Bentley's husband is murdered on the night they return home from their honeymoon, she can't seem to find the will to go on. Frank was everything she'd ever dreamed of and, after spending most of her life in foster homes, all she wants to do is give up....until she discovers she's pregnant with his child. Feeling as though he bears part of the blame, Dan Mulholland made it his mission to help the widow of the man his brother murdered. Little did he know when he knocked on her door, that he would soon find himself married to her...in order to protect her unborn child from a vengeful father-in-law.
Kindle Price: $0.00
Click here to download this book. 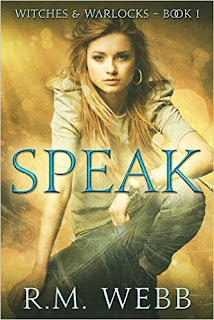 Speak (Witches & Warlocks Book 1)
Zoe’s shy. Like really shy. Even simple conversations with her best friend, Becca, can have her lost in her head, worrying about all the things she might have said or done wrong. But there’s this part of Zoe that’s as ferocious as a tiger, this part that paces in frustration whenever Zoe gets quiet, and urges her to do things that push her out of her comfort zone - her very small comfort zone. The tiger gets its way when Zoe meets Noah at her favorite bar, because Zoe is so not comfortable. First, Noah’s absolutely gorgeous. Second, every time he touches her, she feels these golden pings of … something … that calm her and soothe her and make her feel like the answers to all her questions are right around the corner. And third, it looks like Becca is keeping a dangerous secret, a secret that Noah is in on and isn’t happy about at all. With Noah’s help, Zoe’s gonna have to learn to speak, because her words hold power … more power than she ever dreamed possible.
Kindle Price: $0.99
Click here to download this book. 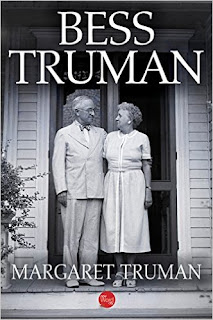 Bess Truman
MARGARET TRUMAN'S BIOGRAPHY OF HER MOTHER, FIRST LADY BESS TRUMAN, TAKEN FROM HER OWN MEMORIES AND HER PARENTS' PERSONAL CORRESPONDENCE.
Kindle Price: $2.99Click here to download this book. 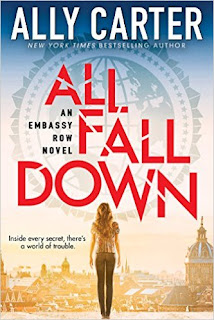 Embassy Row Book 1: All Fall Down
Grace Blakely is absolutely certain of three things:
1. She is not crazy.
2. Her mother was murdered.
3. Someday she is going to find the killer and make him pay.
As certain as Grace is about these facts, nobody else believes her -- so there's no one she can completely trust. Not her grandfather, a powerful ambassador. Not her new friends, who all live on Embassy Row. Not Alexei, the Russian boy next door, who is keeping his eye on Grace for reasons she neither likes nor understands. Everybody wants Grace to put on a pretty dress and a pretty smile, blocking out all her unpretty thoughts. But they can't control Grace -- no more than Grace can control what she knows or what she needs to do. Her past has come back to hunt her . . . and if she doesn't stop it, Grace isn't the only one who will get hurt. Because on Embassy Row, the countries of the world stand like dominoes, and one wrong move can make them all fall down.
Kindle Price: $2.99Click here to download this book. 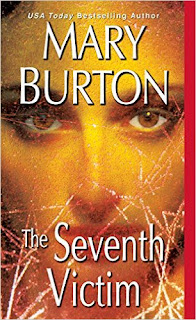 The Seventh Victim (Texas Rangers Book 1)
It’s been seven years since the Seattle Strangler terrorized the city. His victims were all young, pretty, their lifeless bodies found wrapped in a home-sewn white dress. But there was one who miraculously escaped death, just before the Strangler disappeared…Lara Church has only hazy memories of her long-ago attack. What she does have is a home in Austin, a job, and a chance at a normal life at last. Then Texas Ranger James Beck arrives on her doorstep with shattering news: The Strangler is back. And this time, he’s in Austin…He’s always craved her, even as he killed the others. For so long he’s been waiting to unleash the beast within. And this time, he’ll prove he holds her life in his hands—right before he ends it forever…
Kindle Price: $1.99Click here to download this book.