All Prices mentioned below are supposed to be valid till 11:59 PM US PST November 30th but Please double check the price before you download the book. Prices for eBooks changes every day (Sometimes, several times a day!)

Just Jelly Beans and Jealousy (The Reed Brothers series)
Sean has been in love with Lacey for as long as he can remember, but she has pushed him firmly into the friend zone and plans to keep him there. Or so he thinks. Lacey did put Sean in the friend zone, but now she's ready for more. Only he won't make a move. Lacey enters a contest in which a kiss from her will be the prize. Can Sean win the contest? Can he win the girl?
Kindle Price: $0.00
Click here to download this book.

Death Follows Him Everwhere
Kelly is suddenly aroused from his tormented nightmare of World War II; feeling of bewilderment and trauma stirs in his desolate mind as Kelly brushed the sweat off his brow. Kelly soon realized that it was just a horrible dream; Kelly was safely at home in Urbana Illinois. John’s nightly trip to hell slowly diverted from the deadly images of war towards more delightful fantasies of a beautiful woman with crimson colored hair.
Kindle Price: $2.99
Click here to download this book. 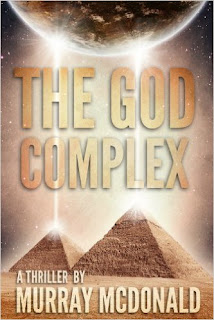 The God Complex
When Cash Harris visits his father for the first time after a fifteen year estrangement, things don't go anywhere near as planned. By the end of the night, he finds himself embroiled in a plot to destabilise the government, his father has been assassinated and he discovers a shocking truth that would have fundamentally altered his life fifteen years earlier.
Kindle Price: $0.99Click here to download this book. 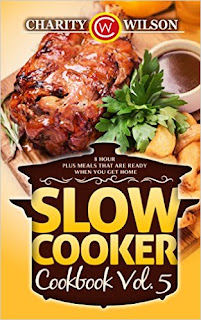 SLOW COOKER COOKBOOK: Vol. 5 8 Hour Plus Meals That Are Ready When You Get Home (Slow Cooker Recipes) (Health Wealth & Happiness Book 79)
Are you tired of slow cooker recipes that are done hours before you are home? Do you wish you could find recipes that are actually just ready when you walk through the door? Well, unless you have hired help to do it for you, these slow cooker recipes are exactly what you need.
Kindle Price: $2.99Click here to download this book. 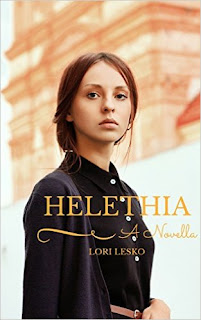 Helethia (Diamond City Trilogy)
The Year of our Rebirth 2440 stood for the time Councilwoman Alexandra and the 5,000 immigrants selected landed on a Diamond City—a group of women and children left to fend for themselves when the men’s adjoining ship never arrived. It was then that Councilwoman Alexandra stated a “cleansing” of humanity would take place—that women were capable in a world without men. didn’t need them. Men were called out for their legacy of wars, violence, their abuse against the weaker sex, and it was in actuality a blessing, “from near extinction to a rebirth.”
Kindle Price: $2.99Click here to download this book. 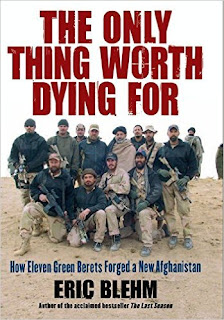 The Only Thing Worth Dying For (P.S.)
On a moonless night just weeks after September 11, 2001, U.S. Special Forces team ODA 574 infiltrates the mountains of southern Afghanistan with a seemingly impossible mission: to foment a tribal revolt and force the Taliban to surrender. Armed solely with the equipment they can carry on their backs, shockingly scant intelligence, and their mastery of guerrilla warfare, Captain Jason Amerine and his men have no choice but to trust their only ally, a little-known Pashtun statesman named Hamid Karzai who has returned from exile and is being hunted by the Taliban as he travels the countryside raising a militia.
Kindle Price: $1.99Click here to download this book.