All Prices mentioned below are supposed to be valid till 11:59 PM US PST December 11th but Please double check the price before you download the book. Prices for eBooks changes every day (Sometimes, several times a day!)

GHOST OF A CHANCE (The Ghost Series Book 1)
When Natalie Scott decides to rent a seaside colonial cottage for six months after the death of her mother, she just wants peace and quiet. Instead she gets a barrel-load of trouble; first from Karl Messer, who won't let her rent the cottage unless she goes out with him; then from her brother, Trevor, who won’t let her take his guard dog. But worst of all is the resident ghost, Sean O’Shea, who falls in love with her. And finally from her ex-boyfriend, Rick Dalton, who marches back into her life wanting to take up where they left off.
Kindle Price: $0.00
Click here to download this book.

The Shopkeeper (A Steve Dancy Tale Book 1)
In 1879, Steve Dancy sells his New York shop and ventures west to explore and write a journal about his adventures. Though he's not looking for trouble, Dancy's infatuation with another man's wife soon embroils him in a deadly feud with Sean Washburn, a Nevada silver baron. Infuriated by the outrages of two hired thugs, the shopkeeper kills both men in an impulsive street fight. Dancy believes this barbarian act has closed the episode. He is wrong. He has interfered with Washburn's ambitions, and this is something the mining tycoon will not allow. Is a New York City Shopkeeper tough enough to survive in the Wild West? Pinkertons, hired assassins, and aggrieved bystanders escalate the feud until it pulls in all the moneyed interests and power brokers in Nevada.
Kindle Price: $2.99
Click here to download this book. 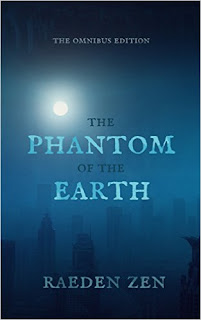 The Phantom of the Earth (Books 1-5 Omnibus Edition)
In the Great Commonwealth of Beimeni, a subterranean civilization in North America, expansion long ago gave way to peace and prosperity in the face of the history's most devastating plague. Immortality is the reward for service and loyalty in Beimeni, a place where the physical blends with the metaphysical and power consolidates in the hands of those with a genetic edge. The fissures first spread slowly, then swiftly, until now the Great Commonwealth finds itself on the brink of economic devastation, challenged by forces from within that know its secrets and its crimes. At the center of the conflict lie the Selendias of Piscator, founders of the resistance with an uncanny connection to the zeropoint field, and the Barão Strike Team, three researchers tasked with finding a cure to the Reassortment Strain, the plague that nearly wiped humanity from the Earth. Traveling from the uninhabitable but pristine surface to the habitable but inhospitable underground, this is a story about dedication to dreams, battle for survival, discovery and connection, song and celebration, undoing past misdeeds, and sacrifice for the greater good.
Kindle Price: $0.99Click here to download this book. 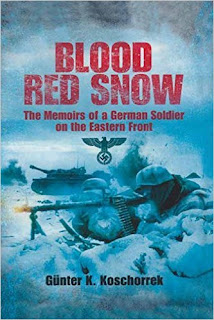 Blood Red Snow: The Memoirs of a German Soldier on the Eastern Front
For the German soldier fighting under Hitler, keeping a diary was strictly forbidden. So Gunter Koschorrek, a fresh young recruit, wrote his notes on whatever scraps of paper he could find and sewed the pages into the lining of his winter coat. Left with his mother on his rare trips home, this illicit diary eventually was lost—and did not come to light until some 40 years later when Koschorrek was reunited with his daughter in America. It is this remarkable document, a unique day-to-day account of the common German soldier’s experience, that makes up the memoir that is Blood Red Snow.
Kindle Price: $0.99Click here to download this book. 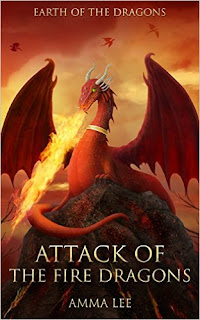 Earth of the Dragons (1): Attack of the Fire Dragons (Dragonlance, Dragon series, Dragon books for kids ages 9 12, Friendship, Adventure, Fantasy)
Isamu is twelve and his friend Seiko is eleven. Isamu has known Seiko since they were toddlers. They don’t remember a time when they didn’t know each other. They are the best of friends. Seiko takes care of Isamu and he takes care of her too. You can travel with Isamu and Seiko as they have amazing adventures and meet up with the dragons of fire, water, and earth. Some of the dragons are friendly and some are not!
Kindle Price: $2.99 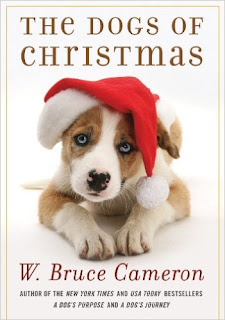 The Dogs of Christmas
While nursing a broken heart, Josh Michaels is outraged when a neighbor abandons his very pregnant dog, Lucy, at Josh's Colorado home. But Josh can't resist Lucy's soulful brown eyes, and though he's never had a dog before, he's determined to do the best he can for Lucy—and her soon-to-arrive, bound-to-be-adorable puppies. Soon in over his head, Josh calls the local animal shelter for help, and meets Kerri, a beautiful woman with a quick wit and a fierce love for animals. As Kerri teaches Josh how to care for Lucy's tiny puppies and gets them ready to be adopted through the shelter's "Dogs of Christmas" program, Josh surprises himself by falling for her. But he's fallen even harder for his new furry family, which has brought incredible joy into Josh's life. He barely has time to sit down, between chasing after adventurous Sophie and brave Oliver, but when he does, his lap is quickly filled by the affectionate Lola. And Rufus and Cody's strong bond makes Josh wonder about his own relationships with his family. With Christmas and the adoption date looming, Josh finds himself wondering if he can separate himself from his beloved puppies. At odds with Kerri, Josh isn't willing to lose her, but doesn't know how to set things right. Can a surprise litter of Christmas puppies really change one man's life?
Kindle Price: $2.99Click here to download this book.