All Prices mentioned below are supposed to be valid till 11:59 PM US PST December 14th but Please double check the price before you download the book. Prices for eBooks changes every day (Sometimes, several times a day!)

Miss Adventure: a romantic comedy
When a freak fast-food accident almost kills dayreaming city girl Lisa Flyte, she decides it's time to get a backbone and really start living out loud. But how is Lisa supposed to get tough all of a sudden? Jack Hawkins, that's how. When Lisa finds out that the outdoor extremist needs a clueless urbanite to test his top-secret line of idiot-proof adventure gear, she gets the most outlandish idea of her life: she will be his undercover test dummy if he helps her become brave on their adventures in the wild.
Kindle Price: $0.00
Click here to download this book.

Trapped
The next five days for Gary will be the darkest days of his life. An
accountant who lives a normal life with his family , is the only witness of
a crime and becomes a suspect too according to the cops. Gary meets his old friend Gene Parker who is a lady detective and runs G-detective agency in Detroit. Gene and Gary keep digging for clues as the mystery keeps becoming large and complex. Gary aims to prove his innocence and Gene helps him in his motive.
Kindle Price: $2.99
Click here to download this book. 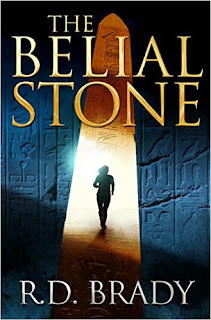 The Belial Stone (The Belial Series Book 1)
Professor Delaney McPhearson's life is turned upside down when her best friend, archaeologist Drew Masters, is found dead. Before she can deal with the heartbreaking loss, she is viciously attacked in her home by a man with inhuman fighting abilities. Former Navy SEAL and head of security for a global think tank, Jake Rogan drops everything when he hears his foster brother, Tom Jeffries, has gone missing. There seem to be no clues, no information about his whereabouts. He has just vanished. But Jake won't rest until he finds him. Laney and Jake join forces when they learn that the fates of their loved ones are intertwined. And somehow all the danger that dogs their steps, revolves around an eccentric archaeologist's controversial work on Gobekli Tepe, and the search for an ancient source of power. Their personal quest soon becomes a race to protect humanity's very existence. But how can they defeat a foe who has been planning his moves for millennia? To save mankind, Laney and Jake know they must succeed. But to succeed, they must live long enough to fight.
Kindle Price: $0.99Click here to download this book. 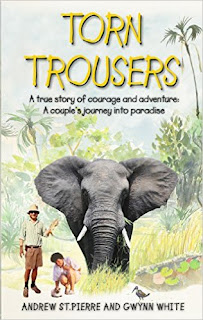 Torn Trousers: A True Story of Courage and Adventure: How A Couple Sacrificed Everything To Escape to Paradise
Tired of mortgage and car payments, thirty-something Andrew and Gwynn, and their
Siamese cat Woodie, did the proverbial vanishing act, ending up on a desert island in one of the most idyllic spots on Earth: the Okavango Delta in Botswana, southern Africa. Woefully inexperienced, these two hapless escapees took control of a luxury lodge, where the rich and pampered went to spot big game while sipping G&Ts. Trouble soon followed.  Amongst others, their guests included a famous Hollywood director, a group of French aristocrats, a Mafia lawyer, and a world-class cricketer. Their stays were punctuated by visits from bad-tempered elephants, malicious baboons, and a hyena with a plastic fetish.  Only names have been changed to protect Andrew and Gwynn from inevitable lawsuits.
Kindle Price: $2.99
Click here to download this book. 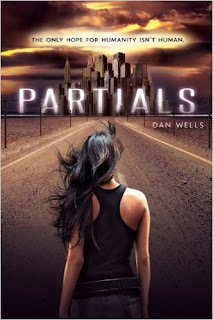 Partials (Partials Sequence Book 1)
Humanity is all but extinguished after a war with Partials—engineered organic beings identical to humans—has decimated the population. Reduced to only tens of thousands by a weaponized virus to which only a fraction of humanity is immune, the survivors in North America have huddled together on Long Island. But sixteen-year-old Kira is determined to find a solution. As she tries desperately to save what is left of her race, she discovers that that the survival of both humans and Partials rests in her attempts to answer questions about the war's origin that she never knew to ask.
Kindle Price: $1.99Click here to download this book. 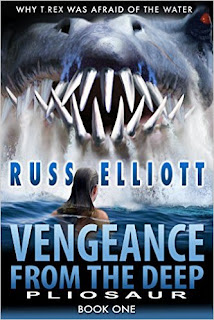 Vengeance from the Deep - Book One: Pliosaur
Archeologist John Paxton has always been eluded by the great find. But his luck is about to change on a mysterious island near South Africa, where he seeks a rare prehistoric fish. Deep inside the caves, John finds more than he bargained for. He encounters the tribal elder, Kota—practically the devil himself with a plan straight from hell. Within the caverns beneath the island, the tribe worships and nurtures a prehistoric marine reptile that could engulf T-Rex. The size of a sperm whale, and equipped with ten-foot jaws bristling with eighteen-inch teeth, this pliosaur is the last remaining member of the greatest predator species that ever lived. Only then does John realize Kota’s true agenda—to unleash the leviathan on the modern world to fulfill the tribe’s bloodlust for revenge.  Now it’s all up to John to warn humanity of the fifty-ton killing machine headed its way—before the Ivory Coast washes blood red. But first, he has to get off the island . . . alive.
Kindle Price: $0.99Click here to download this book.