All Prices mentioned below are supposed to be valid till 11:59 PM US PST December 6th but Please double check the price before you download the book. Prices for eBooks changes every day (Sometimes, several times a day!)

Forever and Always Collection (Contemporary Romance Boxed Set)
Sean and Scarlet aren’t exactly an ideal relationship. Stupidity and selfishness on Sean’s part lead him to hurt Scarlet over and over again. Scarlet’s naivety and ignorance doesn’t help matters. But in the midst of all the angst is one of the greatest love stories of all time, full of laughter and love, and tears that will make your eyes glisten.
Kindle Price: $0.00
Click here to download this book.

Shallow Waters (Detective Hannah Robbins crime series Book 1)
When the naked, battered body of an unidentified teenager is found dumped in an alleyway, post-mortem finds evidence of a harrowing series of events. Another teenage death with the same MO pushes DI Hannah Robbins and her team on the Nottingham City division Major Crimes Unit, to their limits, and across county borders. In a race against the clock they attempt to unpick a thick web of lies and deceit to uncover the truth behind the deaths. But it doesn't stop there. When catching a killer isn't enough, just how far are the team willing to push themselves to save the next girl?
Kindle Price: $2.99
Click here to download this book. 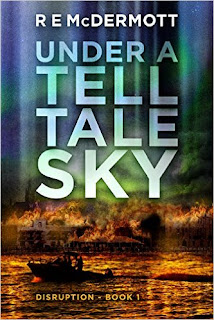 Under a Tell-Tale Sky: Disruption - Book 1
The grid is down, the world is in flames, and FEMA is demanding his ship and cargo, but Captain Jordan Hughes isn’t buying it. When the lights go out, seemingly for good, Hughes quickly finds being stranded far from home on a ship with working generators and a cargo of ten million gallons of irreplaceable fuel isn’t exactly a low profile position. Faced with rising crew discontent, and surrounded by worsening violence ashore, things can’t get much worse — until they do. As the remains of the federal government become increasingly corrupt and self-serving, Hughes joins a ragtag band of sailors, farmers, preppers ex-Coast Guardsmen, and dissident soldiers in an effort to re-unite his crew with their families and use remaining resources to rebuild a devastated society.  Along the way they face a desperate and starving population, rampant violence from street gangs and escaped convicts, and powerful warlords created as an unintended consequence of the federal government’s ill-advised use of mercenaries.
Kindle Price: $0.99Click here to download this book. 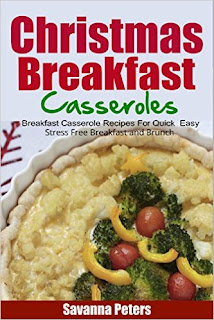 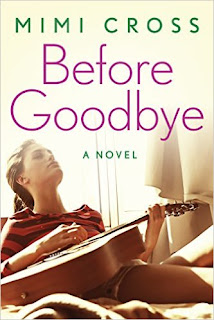 Before Goodbye
Music means more than anything to high school student Cate Reese; it’s also what unites her with Cal Woods. Devoted classical guitar players, Cate and Cal are childhood friends newly smitten by love—until a devastating car accident rips Cal out of Cate’s life forever. Blaming herself for the horrific tragedy and struggling to surface from her despair, Cate spirals downhill in a desperate attempt to ease her pain.
Kindle Price: $1.99Click here to download this book. 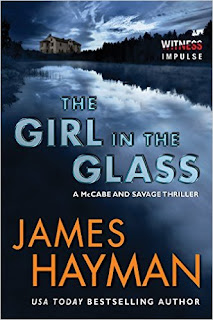 The Girl in the Glass: A McCabe and Savage Thriller (McCabe and Savage Thrillers)
Two identical women.
Two identical murders. Two lives brutally cut short
108 years apart
June 1904.
Aimée Garnier Whitby, a beautiful French artist and wife of one of Maine's richest and most powerful men, is found near death on the Whitby family's private summer island, the letter "A" mysteriously carved into her chest.
June 2012.
Veronica Aimée Whitby, the eighteen-year-old descendant and virtual double of the first Aimée, becomes the victim of a near perfect copycat murder. With another beautiful, promising young Whitby woman slain, the media begin to swarm and pressure builds for Mike McCabe and Maggie Savage to bring the killer quickly to justice. But the key to solving Aimée's death just might have been buried with her beautiful ancestor.
Kindle Price: $0.99Click here to download this book.