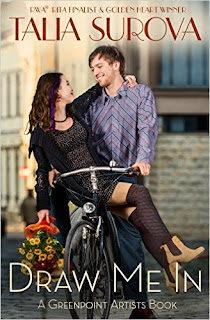 Draw Me In
Struggling artist Raven Porter thought she’d learned to be tough the hard way. Now, though, she’s arrived in New York City from rural Maine, and it’s a whole new world. With nowhere else to go, she crashes for the night in an empty warehouse. She wakes to the haunting sound of a lonely jazz saxophone. She’s not alone. Finn McKenna, proprietor of Finn’s Fermentation Factory, needs to escape from his messy, complicated life, if only for tonight. So he flees to his warehouse and loses himself in his music. Until he realizes he’s not alone. Raven and Finn fit together. Two creative souls, their passions hidden behind sturdy defenses. If they can only let each other in...
Kindle Price: $0.00
Click here to download this book. 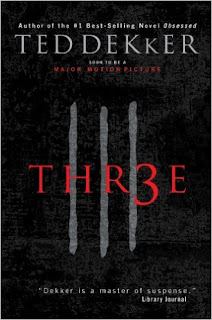 Three
Kevin Parson is alone in his car when his cell phone rings. A man calling himself Slater offers a deadly ultimatum: You have exactly three minutes to confess your sin to the world. Refuse, and the car you're driving will blow sky high. Then the phone goes dead. Kevin panics. Who would make such a demand? What sin? Yet not sure what else to do, Kevin swerves into a parking lot and runs from his car. Just in case. Precisely three minutes later, a massive explosion sets his world on a collision course with madness. And that's only the first move in this deadly game.
Kindle Price: $2.99
Click here to download this book. 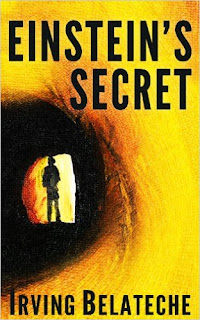 Einstein's Secret
History tells us that Einstein jotted down equations that night. But struggling scholar Jacob Morgan believes that history is wrong. He’s convinced that Einstein wrote a deathbed confession that night—a secret that the great scientist didn’t want to take to his grave. Jacob has spent his entire adult life obsessively hunting down that secret—with nothing to show for it but the scorn of his colleagues and the tattered remnants of a once-promising teaching career. But now, thanks to a lucky break, Jacob has a chance to get his life back on track. His appointment as an adjunct professor at the University of Virginia is a fresh start, and he’s vowed to end his pursuit of Einstein’s secret.
Kindle Price: $0.99
Click here to download this book. 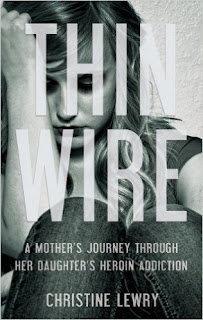 Thin Wire: A mother's journey through her daughter's heroin addiction
This is an honest and intimate account of heroin addiction told by both mother and daughter. Amber is introduced to drugs and becomes addicted without her mother's knowledge. She meets a dealer who feeds her habit. Whilst living together, they are raided by the police. Bailed to her mother's address with a £200-a-day addiction, Amber doesn't think her family will accept her back when they discover the truth. When she's charged by the police with dealing class A drugs and accepting stolen goods, she fears she'll go to prison. Trying to feed her habit alone, Amber meets a fellow addict who offers to introduce her to prostitution. The prospect terrifies her, but will her mother help her?
Kindle Price: $2.99
Click here to download this book. 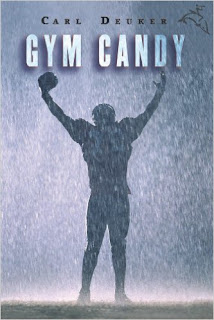 Gym Candy
This novel explores the dark corners of the heart of a young football player as he struggles for success under the always glaring—and often unforgiving—stadium lights. Runningback Mick Johnson has dreams: dreams of cutting back, finding the hole, breaking into the open, and running free with nothing but green grass ahead. He has dreams of winning and of being the best. But football is a cruel sport. It requires power, grace, speed, quickness, and knowledge of the game. It takes luck, too. One crazy bounce can turn a likely victory into sudden defeat. What elite athlete wouldn’t look for an edge? A way to make him bigger, stronger, faster?
Kindle Price: $2.99
Click here to download this book. 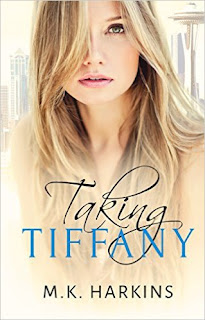 Taking Tiffany
"This has quickly bumped up my favorite books list. I really loved it. Loved it so much, as soon as I finished, I went right back to the beginning to read it again!"
"Tiffany was adorable! Ditto for Todd. I loved them both! Their relationship was fun to read and they had so much chemistry!"
Kindle Price: $0.99
Click here to download this book. 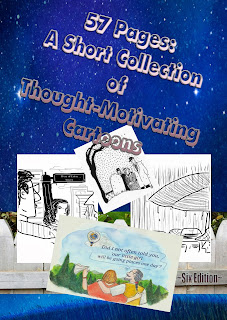 57 Pages: A Short Collection of Thought-Motivating Cartoons
"Part of the wonder that authors bring to life is in offering their unique perspective to their storylines. That unique perspective is what book readers love about the craft of writing and drawing. And that is what Jackson offers here, a terrific and unique perspective on our culture and times. The cartoons are both serious and silly at times, and the reader has to look at things through the perspective of Mr. Jackson to fully appreciate the messages within this book. Buy it, read it, put it down, ponder it, then re-read it, and draw your conclusions. I thoroughly enjoyed it. Definitely worth the price for such an enjoyable treasure".
Kindle Price: $1.99
Click here to download this book. 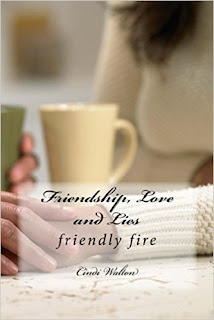 Friendship, Love and Lies
A romantic comedy where the boundaries of friendship are tested with the telling of a little white lie.
Kindle Price: $0.99
Click here to download this book.