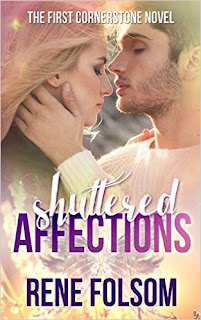 Shuttered Affections
Juliana Petersen's troubled past haunts her at every turn. The crippling memories of an abusive relationship, and the lack of support from her family, lead her to flee her old life and begin anew. After settling into a quaint college town, Juliana finally feels at peace, content to stay under the radar and keep things simple. Until Aiden Stone, her new photography professor, crashes into her life, blurring the line between love and lust. As their torrid affair reaches untold heights, Juliana struggles to keep her shuttered emotions, and growing affections, from throwing her into a relationship she isn't prepared for.
Kindle Price: $0.00
Click here to download this book. 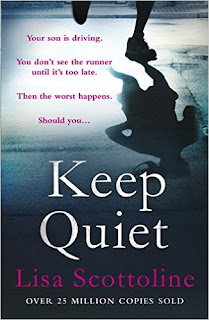 Keep Quiet
Jake Buckman's relationship with his sixteen-year-old son Ryan is not an easy one, so at the urging of his loving wife, Pam, Jake goes alone to pick up Ryan at their suburban movie theater. On the way home, Ryan asks to drive on a deserted road, and Jake sees it as a chance to make a connection. However, what starts as a father-son bonding opportunity instantly turns into a nightmare. Tragedy strikes, and with Ryan's entire future hanging in the balance, Jake is forced to make a split-second decision that plunges them both into a world of guilt and lies. Without ever meaning to, Jake and Ryan find themselves living under the crushing weight of their secret, which threatens to tear their family to shreds and ruin them all.
Kindle Price: $2.99
Click here to download this book. 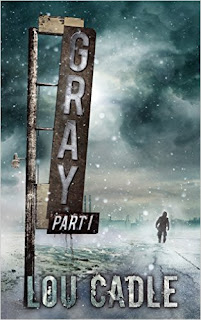 Gray
Pre-med student Coral is on a vacation in Idaho when something terrible happens. The black cloud is followed by a wildfire and searing heat that lasts for days. She survives deep in a cave but emerges days later to find the world transformed, a world of blackened trees, an ash-filled sky, and no living creatures except her. So begins her desperate journey: to find water, and food, and other survivors...and the answer to the mystery of what happened.
Kindle Price: $0.99
Click here to download this book. 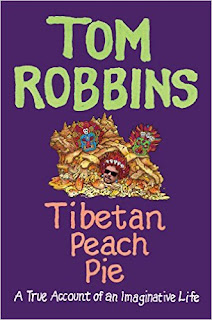 Tibetan Peach Pie: A True Account of an Imaginative Life
Robbins turns that unparalleled literary sensibility inward, weaving together stories of his unconventional life–from his Appalachian childhood to his globe-trotting adventures–told in his unique voice, which combines the sweet and sly, the spiritual and earthy. The grandchild of Baptist preachers, Robbins would become, over the course of half a century, a poet interruptus, a soldier, a meteorologist, a radio DJ, an art-critic-turned-psychedelic-journeyman, a world-famous novelist, and a counterculture hero, leading a life as unlikely, magical, and bizarre as those of his quixotic characters. Robbins offers intimate snapshots of Appalachia during the Great Depression, the West Coast during the sixties' psychedelic revolution, international roving before Homeland Security monitored our travels, and New York publishing when it still relied on trees.
Kindle Price: $1.99
Click here to download this book. 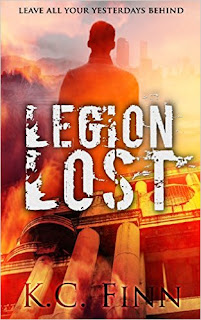 Legion Lost
One Underground girl escapes from a soldiers’ raid. Lost and above ground for the very first time, she has only one option to secure her survival: the Legion—a government organization for teenagers with no place left to run. Leave your identity at the gate, and join a life of military service until you reach adulthood. It sounds ideal, but the Underground girl knows that the System won’t stop looking for its female runaway. So, she tells a lie about her gender. And it will change her forever.
Kindle Price: $2.99
Click here to download this book. 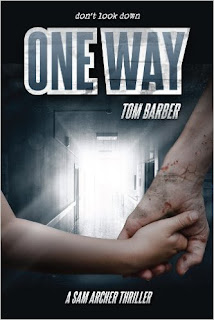 One Way
NYPD Detective Sam Archer is on his way home on a Sunday afternoon in New York City. He’s been out of the field for over three months due to a broken ankle and a nasty case of pneumonia, but has just been given the all clear to get back out there again, starting tomorrow. Archer takes a seat on a bench in the Upper West Side, enjoying a cold drink and soaking up the last remaining sun of the day. Then he sees something totally unexpected. Two men are crossing the street in front of him, heading quickly towards a group climbing into a car. Both men are armed with pistols. And all hell breaks loose.
Kindle Price: $2.99
Click here to download this book. 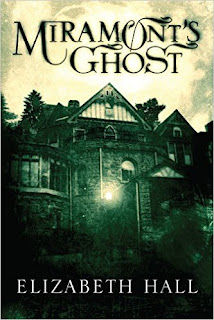 Miramont's Ghost
Miramont Castle, built in 1897 and mysteriously abandoned three years later, is home to many secrets. Only one person knows the truth: Adrienne Beauvier, granddaughter of the Comte de Challembelles and cousin to the man who built the castle. Clairvoyant from the time she could talk, Adrienne’s visions show her the secrets of those around her. When her visions begin to reveal dark mysteries of her own aristocratic French family, Adrienne is confronted by her formidable Aunt Marie, who is determined to keep the young woman silent at any cost. Marie wrenches Adrienne from her home in France and takes her to America, to Miramont Castle, where she keeps the girl isolated and imprisoned. Surrounded by eerie premonitions, Adrienne is locked in a life-or-death struggle to learn the truth and escape her torment.
Kindle Price: $1.99
Click here to download this book.