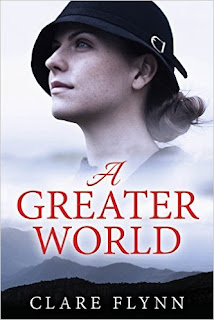 A Greater World: A woman's journey
When Elizabeth Morton hears her father wants her to travel to the other side of the world to marry a complete stranger, she decides he must be crazy. This is 1920 and a woman has rights - she might still be too young to vote, but she's not going to be treated like a chattel. But she's reckoned without the brother-in-law she's always despised, who brutally shatters her comfortable world, so she has no choice but to sail to Australia. When Michael Winterbourne, a Cumbrian lead miner wakes up with a hangover after his engagement celebrations, he has no idea he is about to be the cause of a terrible tragedy that will change his life and destroy his family. When Michael and Elizabeth meet on the SS Historic, bound for Sydney, they are reluctant emigrants from England. They may start to hope their troubles are over, but they'll find they're only just beginning.
Kindle Price: $0.00
Click here to download this book. 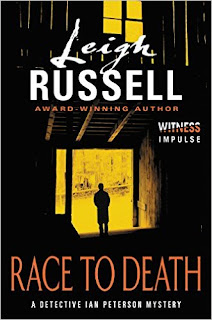 Race to Death
When a man plummets to his death from a balcony at York races, his wife and brother become suspects in a murder enquiry. Meanwhile Richard is being stalked by a killer issuing death threats. Richard is reluctant to go to the police, for fear his own dark secret will be exposed. Newly promoted Detective Inspector Ian Peterson is investigating the death at the races when a woman's body is discovered. Shortly after that, Richard is killed. With three murders and no suspect, the investigation seems to be going backwards. Ian is determined to discover who is responsible. Afraid the detective is on his track, the killer abducts Ian's wife. Ian must solve the case to find her, before she becomes the next victim of a serial killer.
Kindle Price: $2.99
Click here to download this book. 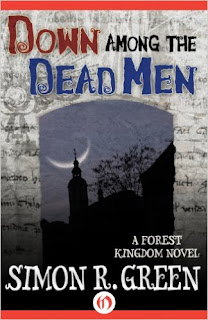 Down Among the Dead Men
"Ten years have passed since the Demon War. The Forest's scars are slowly healing, the Darkwood is still and silent, and few demons ever venture out of the endless night. But in a clearing not far from the Darkwood boundary, in a darkness where a sun has never risen and a moon has never shone, an ancient evil stirs in its sleep and dreams foul dreams."
Kindle Price: $1.99
Click here to download this book. 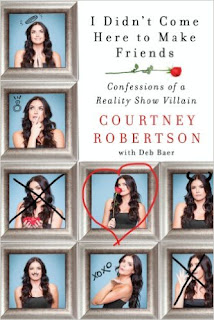 I Didn't Come Here to Make Friends: Confessions of a Reality Show Villain
Courtney Robertson joined season 16 of The Bachelor looking for love. A working model and newly single, Courtney fit the casting call: She was young, beautiful, and a natural in front of the cameras. Although she may have been there for all the right reasons, as the season unfolded and sparks began to fly something else was clear: She was not there to make friends. Courtney quickly became one of the biggest villains in Bachelor franchise history. She unapologetically pursued her man, steamrolled her competition, and broke the rules—including partaking in an illicit skinny-dip that sealed her proposal. Now, after a very public breakup with her Bachelor, Ben Flajnik, Courtney opens up and tells her own story—from her first loves to her first moments in the limo. She dishes on life before, during, and after the Bachelor, including Ben's romantic proposal to her on a Swiss mountaintop and the tabloid frenzy that continued after the cameras stopped rolling.
Kindle Price: $1.99
Click here to download this book. 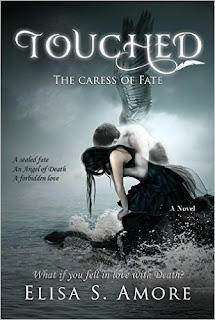 Touched - The Caress of Fate
What are you willing to sacrifice when the only person who can save you is the same one who has to kill you? After vampires and werewolves, after wizards and fallen angels, a new breed of Angels is here to usher you into their dark world. An ancient, deadly, inescapable race. No one can see them. They’re shadows of destiny. They’re knights of death. They’re the Subterraneans and they’re here to claim our lives. Commanded by a mysterious congregation called the Màsala, the Angels of Death ensure that each man’s destiny takes its due course on Earth. But what happens when love intervenes? Can an Angel of Death deny his own nature and challenge destiny? Can love rebel against fate? When Gemma’s eyes first meet the dark, piercing gaze of Evan James, an ominous shadow creeps into her life, ultimately leading her to face her destiny. She doesn't realize Evan is one of Death's soldiers and that Death is summoning her. Her time is up: Gemma must die . . . and Evan has been sent to kill her. But what if she’s the only one who can truly see him?
Kindle Price: $0.99
Click here to download this book. 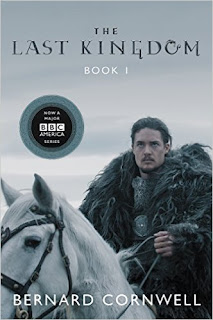 The Last Kingdom
This is the exciting—yet little known—story of the making of England in the 9th and 10th centuries, the years in which King Alfred the Great, his son and grandson defeated the Danish Vikings who had invaded and occupied three of England’s four kingdoms.The story is seen through the eyes of Uhtred, a dispossessed nobleman, who is captured as a child by the Danes and then raised by them so that, by the time the Northmen begin their assault on Wessex (Alfred’s kingdom and the last territory in English hands) Uhtred almost thinks of himself as a Dane. He certainly has no love for Alfred, whom he considers a pious weakling and no match for Viking savagery, yet when Alfred unexpectedly defeats the Danes and the Danes themselves turn on Uhtred, he is finally forced to choose sides. By now he is a young man, in love, trained to fight and ready to take his place in the dreaded shield wall. Above all, though, he wishes to recover his father’s land, the enchanting fort of Bebbanburg by the wild northern sea.
Kindle Price: $1.99
Click here to download this book. 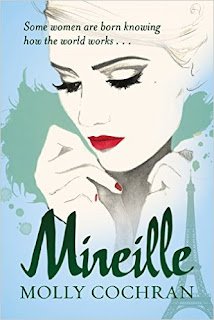 Mireille
Near the end of World War II, seventeen-year-old Mireille de Jouarre flees the home of her stepfather, a Nazi collaborator and abusive drunk. She finds shelter with her childhood friend Stefan, and the two fall deeply in love. But as the fighting escalates, Mireille must escape alone to Paris, where she discovers she’s pregnant and lacking a way to provide for her child.
Kindle Price: $1.99
Click here to download this book.