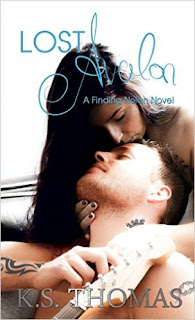 Lost Avalon
Avalon Jennison has been the girl next door since she was five. The best friend since she was eight. The band manager since she was sixteen, and the keeper of his secrets always. Ava's been there every step of the way, helping Blaise live his dreams and keep his nightmares at bay. But the years of putting Blaise's needs above her own are about to be over. However, Blaise has one secret even Ava doesn't know..and it could be the thing that breaks her heart completely, or finally puts it back together.
Kindle Price: $0.00
Click here to download this book. 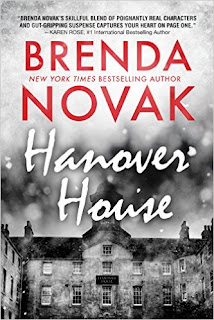 Hanover House
Psychiatrist Evelyn Talbot has dedicated her life to solving the mysteries of the antisocial mind. Why do psychopaths act as they do? How do they come to be? Why don’t they feel any remorse for the suffering they cause? And are there better ways of spotting and stopping them? After having been kidnapped, tortured and left for dead when she was just a teenager—by her high school boyfriend—she’s determined to understand how someone she trusted so much could turn on her. So she’s established a revolutionary new medical health center in the remote town of Hilltop, Alaska, where she studies the worst of the worst.
Kindle Price: $0.99
Click here to download this book. 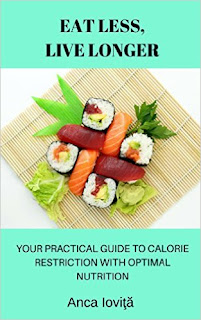 Eat Less, Live Longer: Your Practical Guide to Calorie Restriction with Optimal Nutrition
Calorie restriction with optimal nutrition is the only robust method that prolonged lifespans in countless species. Could it work in humans too? Read 'Eat less, live longer' to find out! This is the only practical guide to make sure you're not only decreasing calories, but optimizing nutrition too. Because the optimal nutrition part is the difference between starvation and vibrant health.
Kindle Price: $2.99
Click here to download this book. 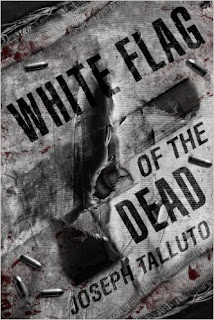 White Flag Of The Dead
Millions died when the Enillo Virus swept the earth. Millions more were lost when the victims of the plague refused to stay dead, instead rising to slaughter and feed on those left alive. For survivors like John Talon and his son Jake, they are faced with a choice: Do they submit to the dead, raising the white flag of surrender? Or do they find the will to fight, to try and hang on to the last shreds or humanity?
Kindle Price: $0.99
Click here to download this book. 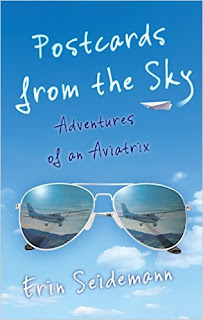 Postcards from the Sky
The aviation world is a man’s world—it always has been, and it continues to be so today. In fact, women make up a mere 5 to 6 percent of the total pilot population worldwide. But from the first time Erin Seidemann experienced what it was like to see the world from a small plane’s perspective, she was hooked—and she’s spent much of her time since then fighting her way into becoming one of that 5 to 6 percent.
Kindle Price: $0.99
Click here to download this book. 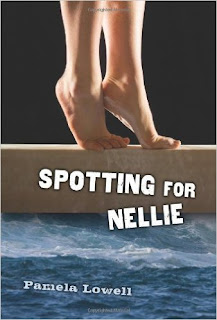 Spotting for Nellie
Claire Perry knows a split second can change everything. It can be the difference between sticking a perfect landing or falling off the beam. It can be the difference between a really fun party or a totally messed up one. Or sometimes, as Claire finds out, it can even be the difference between life . . . or death. For Claire’s younger sister, Nellie, an elite gymnast who is "destined for gold," things have always come easy. A split second is usually all it takes to capture the attention of a boy at a party, and the judges at a meet, or their critical father — everyone. Then one night, one decision, one split second — changes their world forever. The two sisters get into a car accident that leaves one of them with a traumatic brain injury. Now, the sisters will have to figure out what’s worth fighting for and what are the limits of guilt, forgiveness, and sisterhood. Memories will come crashing back and secrets will come to light — whether they’re ready for them . . . or not.
Kindle Price: $1.99
Click here to download this book. 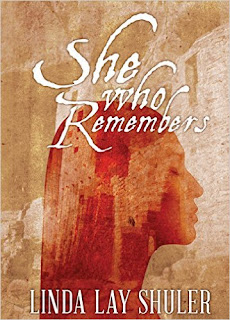 She Who Remembers
Kwani. A beautiful woman born in the American southwest into the long extinct Anasazi tribe, long before Columbus...whose blue eyes marked her as a witch and set her apart from the Indian tribe that raised her. Following her path of destiny in a vanished world of great stone cities and trackless wilderness warring tribes and mysterious trabelers from other lands, Kwani found love with Kokopelli, the Toltec magician, who rescued her from death and took her to the Place of the Eagle Clan. There she was transformed from an outcast to the Chosen of the Gods, where she became She Who Remembers and taught young girls the ancient secrets only women know...secrets that provided her with inner power to overcome and triumph--and change her life forever.
Kindle Price: $1.99
Click here to download this book. 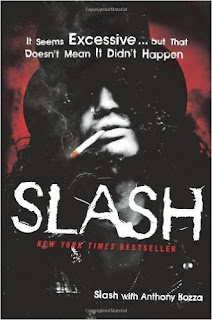 Slash
He was born in England but reared in L.A., surrounded by the leading artists of the day amidst the vibrant hotbed of music and culture that was the early seventies. Slash spent his adolescence on the streets of Hollywood, discovering drugs, drinking, rock music, and girls, all while achieving notable status as a BMX rider. But everything changed in his world the day he first held the beat-up one-string guitar his grandmother had discarded in a closet.
Kindle Price: $1.99
Click here to download this book. 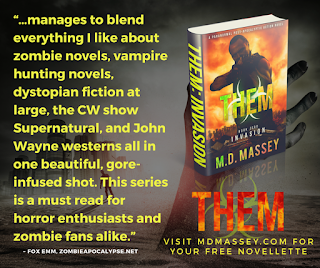 THEM Invasion
Get your copy today and discover the twisted, dystopian, Southern-fried, post-apocalyptic world of Scratch Sullivan and THEM...
Kindle Price: $0.99
Click here to download this book. 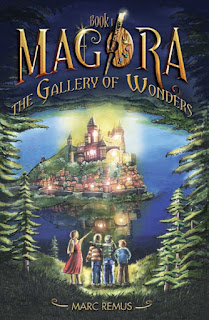 The Gallery of Wonders
Eleven-year-old Holly O’Flanigan discovers an unusual paintbrush and a canvas with the image of a fantasy world that her late grandfather has left behind. She falls into the magical land of Magora, where everything and everyone is made of paint. There she learns to weave art and magic at Cliffony Art Academy, but her carefree life is soon overshadowed by dark events. Valuable paintings have been stolen from the Gallery of Wonders. During Holly’s search for the thief, she discovers the Unfinished—monstrous beings created when a painting is left incomplete. Like vampires, the Unfinished hunger for the one thing that can flesh out their bodies—blood. And they want Holly’s most of all.
Kindle Price: $0.99
Click here to download this book.
Posted by Joisel at 12:00 AM