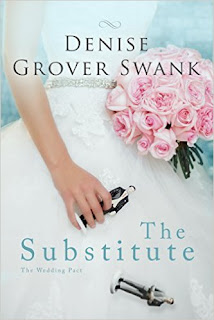 The Substitute
Megan Vandemeer meant to tell her parents about her broken engagement, but a month and a half later she finds herself boarding a plane home to her wedding. Having stretched avoidance to its limits, it's time to come clean--a terrifying prospect since her mother is sure to blame her rather than her cheating, emotionally frigid ex. A couple of drinks and two Dramamine later, Megan finds herself spilling her sob story to the tall, dark, and handsome stranger in the seat next to her.
Kindle Price: $0.00
Click here to download this book. 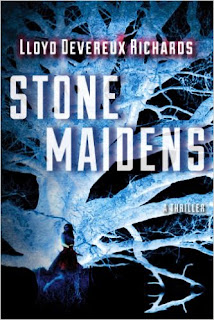 Stone Maidens
As the chief forensic anthropologist for the FBI’s Chicago field office, Christine Prusik has worked her fair share of bizarre cases. Yet this one trumps them all: a serial killer is strangling young women and dumping their bodies in the steep, forested ravines of southern Indiana. With each victim, the killer leaves a calling card: a stone figurine carved like the spirit stones found among the primitive tribes of Papua New Guinea—the same tribes from whom Prusik narrowly escaped a decade earlier while doing field research. The similarity is eerie and, frankly, terrifying; Prusik still carries the scars from the tribesmen’s attack. But is the connection real? Or have the dark details of Prusik’s nightmares finally wormed their way into her waking life?
Kindle Price: $1.99
Click here to download this book. 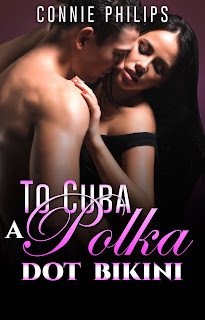 To Cuba in a Polka Dot Bikini
Follow Aleaxa an ambitious financial consultant as she tries to sort out a handsome and eligible bachelor finances without becoming too involved. As she starts to unravel some of his finaces she discovers something very worrying, but by this time she has become too involved to walk away.
See how this turns out.
Kindle Price: $2.99
Click here to download this book.

The Last Human
One thousand years ago, mankind succumbed to their war devices. They fell from grace and power in terrible conflicts. The world was painted with their destruction and blood. As one society falls, another rises from the ashes. Vampires ascended from the darkness. Civilization entered a new era, and humans were hunted to near extinction. In the present, Jake is rumored to be the last human. He is the adopted son of the Vampire Ruler Lexus, and lives under his protection. Jake struggles to blend in a society where he is naturally seen as prey. Despite the constant challenges he faces, the Vampires have accepted him into their fold. Some openly. Others reluctantly. But danger is always a breath away… When Lexus disappears under mysterious circumstances, and when a new Vampire arrives in the city, Jake realizes that the shadows carry something far more sinister than just Vampires…
Kindle Price: $0.00
Click here to download this book. 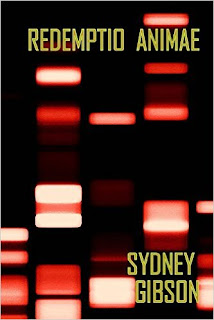 Redemptio Animae
Catriona “Kit” Witmer was a shooting star in the Secret Service. When a high profile detail goes horribly wrong, her career is derailed, leaving her to fall into a bottle. Forced to pick up low level celebrity security details to keep herself afloat, Kit is set on a path of self-destruction and increasing isolation.
Kindle Price: $0.99
Click here to download this book. 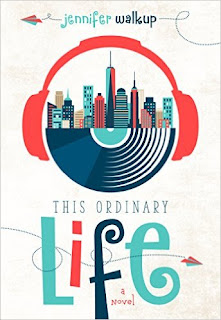 This Ordinary Life
High-school radio host Jasmine Torres’s life is full of family dysfunction, but if she can score the internship of her dreams with a New York City radio station, she knows she can turn things around. That is, until her brother Danny’s latest seizure forces her to miss the interview, and she’s back to the endless loop of missing school for his doctor appointments, picking up the pieces of her mother’s booze-soaked life, and stressing about Danny’s future.
Kindle Price: $1.99
Click here to download this book. 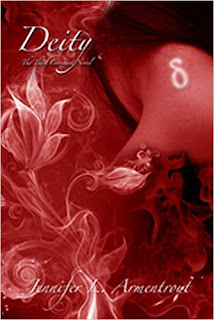 Deity
Alexandria isn't sure she's going to make it to her eighteenth birthday--to her Awakening. A long-forgotten, fanatical order is out to kill her, and if the Council ever discovers what she did in the Catskills, she's a goner... and so is Aiden.
Kindle Price: $1.99
Click here to download this book. 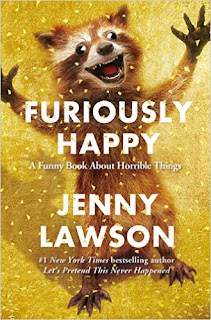 Furiously Happy: A Funny Book About Horrible Things
According to Jenny: "Some people might think that being 'furiously happy' is just an excuse to be stupid and irresponsible and invite a herd of kangaroos over to your house without telling your husband first because you suspect he would say no since he's never particularly liked kangaroos. And that would be ridiculous because no one would invite a herd of kangaroos into their house. Two is the limit. I speak from personal experience. My husband says that none is the new limit. I say he should have been clearer about that before I rented all those kangaroos."
Kindle Price: $2.99
Click here to download this book.