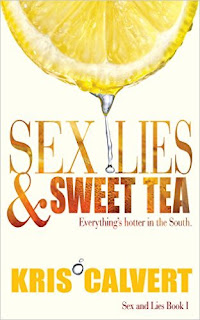 Sex, Lies & Sweet Tea
Hotter than hell and half of Alabama, FBI Agent, Mac Callahan is thirsty for everything except love. Coming home to bust a white-collar crime ring, Mac intends to execute his usual practice with work and women¬ – get in, get it on and get out. Instead, he finds himself unexpectedly drawn to the legacy of his family, his plantation, and the charms of a Southern girl. Samantha Peterson possesses everything he needs in a woman, including the evidence to wrap his case. As the investigation heats up, so does their passion and a dangerous game ignites. But, then again, everything’s hotter in the South.
Kindle Price: $0.00
Click here to download this book. 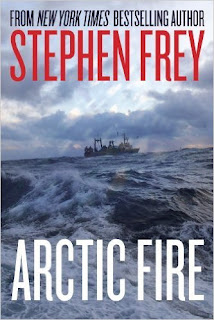 Arctic Fire
Troy Jensen could do it all: he conquered the Seven Summits, sailed solo around the world twice, and even fought a bull in a Mexican slum on a dare. So when word comes that a rogue wave has swept Troy off a crab fishing boat in the Bering Sea and into a watery grave, his brother, Jack, doesn’t buy it. Against his better judgment, Jack decides to quit his job as a Wall Street trader and head to Dutch Harbor, Alaska, to investigate. Minutes after revealing his plan in his father’s New York City office, Jack is nearly run down in the street. He doesn’t think much of it at the time, but as he digs deeper into Troy’s disappearance, Jack unearths information about RED-CELL-SEVEN (RCS), a super-secret American intelligence group that has operated for forty years in almost total secrecy and with complete impunity—and its leaders intend to keep it that way at any cost.
Kindle Price: $1.99
Click here to download this book.

The Russian Renaissance
A Russian fugitive in France, Constantine Sokolov is entrusted with a century-old secret that threatens a terrorist regime in Central Asia. Targeted by assassins, Constantine is forced to flee back to Moscow and confront his past. The only man who can save him is his brother, Eugene. Soon they realize their quest is more than personal. Fighting for their lives, they face an international conspiracy.
Kindle Price: $0.00
Click here to download this book. 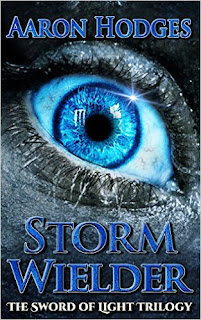 Stormwielder
For five hundred years the Gods have united the Three Lands in harmony.
Now that balance has been shattered, and chaos threatens. A town burns and flames light the night sky. Hunted and alone, seventeen year old Eric flees through the wreckage. The mob grows closer, baying for the blood of their tormentor. Guilt weighs on his soul, but he cannot stop, cannot turn back. If he stops, they die. For two years he has carried this curse, bringing death and destruction wherever he goes. But now there is another searching for him – one who offers salvation. His name is Alastair and he knows the true nature of the curse.
Kindle Price: $0.99
Click here to download this book. 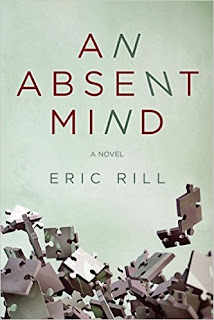 An Absent Mind
The ticking time bomb is Saul Reimer's sanity. His Alzheimer's is going to be the catalyst that will either bring his family together or tear it apart. Although An Absent Mind depicts Saul's arduous struggle with Alzheimer's, it is equally a story about his relationship with his loved ones and their shared journey. Seventy-one, and a man used to controlling those around him, Saul finds himself helplessly slipping into the abyss in what he describes as his slow dance with death. As we listen in on his ramblings, humor, emotions, lucid moments, and confusion, we are also privy to the thoughts and feelings his family share with us-his wife, Monique, conflicted and depressed; caring, yet angry; his daughter, Florence, compassionate, worried about her father's health, yet proper and reserved; his son, Joey, self-centered and narcissistic, seemingly distant from his family's challenges.
Kindle Price: $3.99
Click here to download this book. 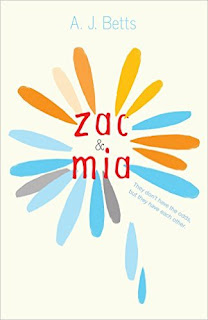 Zac and Mia
"When I was little I believed in Jesus and Santa, spontaneous combustion, and the Loch Ness monster. Now I believe in science, statistics, and antibiotics."
So says seventeen-year-old Zac Meier during a long, grueling leukemia treatment in Perth, Australia. A loud blast of Lady Gaga alerts him to the presence of Mia, the angry, not-at-all-stoic cancer patient in the room next door. Once released, the two near-strangers can’t forget each other, even as they desperately try to resume normal lives. The story of their mysterious connection drives this unflinchingly tough, tender novel told in two voices.
Kindle Price: $2.99
Click here to download this book. 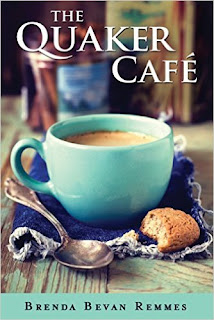 The Quaker Café
When Liz Hoole, a free-spirited liberal from the Midwest, marries into a conservative Quaker family, she knows that raising children in compliance with Quaker values will be challenging. Twenty-five years later, she still feels like she’s falling short of expectations. Fortunately, her faith and her friends in the small, rural North Carolina town of Cedar Branch keep her strong.
Kindle Price: $1.99
Click here to download this book.
Posted by Joisel at 12:00 AM