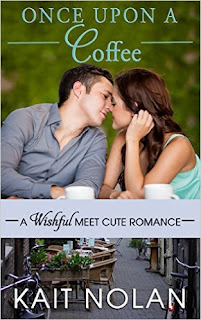 Once Upon A Coffee
After a long series of stinkers, when a respectful match from an online dating site asks to meet Avery Cahill in real life, she agrees. Invoking her favorite romantic comedy, they arrange to meet in a local coffee shop with a flower and a book.
Kindle Price: $0.00
Click here to download this book. 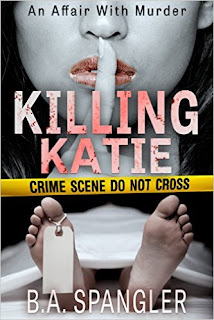 Killing Katie
"I was having an affair with murder. There. I admit it. And there was no program for me—no rehab or clinic. I couldn’t deny my obsession, my fantasy. Murder. It was only a matter of time before someone died. And I knew I wouldn’t be able to stop after just one. So, when the temptations had become too intense, I risked everything for one little taste. Immediately, my life was filled with twists and turns and thrills—the seductive arms of a dark society embracing my desires, relentlessly drawing me in until I'd lost sight of who I was".
Kindle Price: $1.99
Click here to download this book.

The Russian Renaissance
A Russian fugitive in France, Constantine Sokolov is entrusted with a century-old secret that threatens a terrorist regime in Central Asia. Targeted by assassins, Constantine is forced to flee back to Moscow and confront his past. The only man who can save him is his brother, Eugene. Soon they realize their quest is more than personal. Fighting for their lives, they face an international conspiracy.
Kindle Price: $3.99
Click here to download this book. 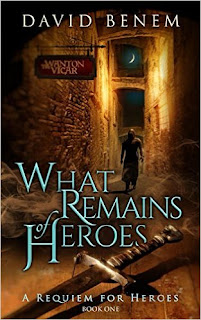 What Remains of Heroes
Lannick deVeers used to be somebody. A hero, even. Then, he ran afoul of the kingdom’s most powerful general and the cost he paid was nearly too much to bear. In the years that followed, his grief turned him into a shadow of his former self, and he spent his days drowning his regrets in tankards of ale.  But now an unexpected encounter casts Lannick upon an unlikely path to revenge. If he can just find the strength to overcome the many mistakes of his past, he can seize the chance to become a hero once more. And with an ancient enemy lurking at the kingdom’s doorstep, he’d better…
Kindle Price: $1.99
Click here to download this book. 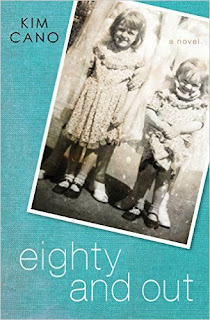 Eighty and Out
Traumatized by visits to the nursing home to see their elderly aunt, Louise and her sister Jeannie made a youthful pact to not live past age eighty. Was it a silly childhood idea, or were they wise beyond their years? Most importantly, will they go through with it when the time comes?
Kindle Price: $3.99
Click here to download this book. 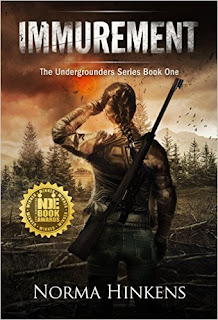 Immurement
Sixteen-year-old Derry and her brother live in perpetual fear of capture. They survive underground on a scorched earth overrun by gangs, clones, and mysterious hoverships. When her brother goes missing, Derry’s only hope of finding him is to strike a deal with a group of cutthroat subversives. Desperate to save her brother, she leads a daring raid to uncover the secrets behind the Sweepers’ hoverships, but she soon finds out the world she knows is a lie.
Kindle Price: $0.99
Click here to download this book. 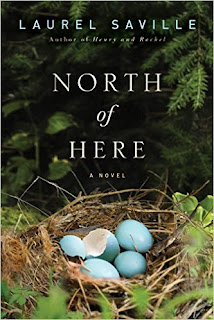 North of Here
The sounds of unexpected tragedies—a roll of thunder, the crash of metal on metal—leave Miranda in shock amid the ruins of her broken family. As she searches for new meaning in her life, Miranda finds quiet refuge with her family’s handyman, Dix, in his cabin in the dark forests of the Adirondack Mountains. Dix is kind, dependable, and good with an ax—the right man to help the sheltered Miranda heal—but ultimately, her sadness creates a void even Dix can’t fill. When a man from her distant past turns up, the handsome idealist now known as Darius, he offers Miranda a chance to do meaningful work at The Source, a secluded property filled with his nature worshipers. Miranda feels this charismatic guru is the key to remaking her life, but her grief and desire for love also create an opportunity for his deception. And in her desperate quest to find herself after losing almost everything, Miranda and Dix could pay a higher price than they ever imagined.
Kindle Price: $1.99
Click here to download this book.
Posted by Joisel at 12:00 AM