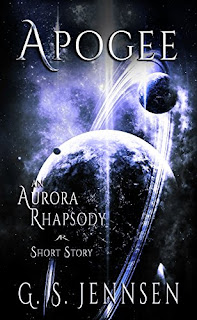 Apogee
The Earth Alliance rules 82 worlds, controlling an empire that spans a third of the Milky Way. But when its leaders stray too far from the democratic principles on which it was founded, one colony--one group of daring rebels--will risk everything in order to reclaim their freedom.
Kindle Price: $0.00
Click here to download this book. 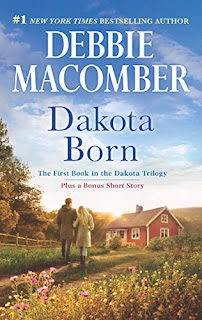 Dakota Born
Like many small towns, Buffalo Valley is dying. Stores are boarded up, sidewalks are cracked, houses are in need of a coat of paint. But despite all that, there's a spirit of hope here, of defiance. The few people still left here are fighting for their town. Lindsay Snyder is a newcomer. She's an outsider, even though she spent childhood vacations here. Now she returns to see the family house again, to explore family secrets and to reevaluate her life. And soon after she arrives, she meets a local farmer named Gage Sinclair… Lindsay decides to stay in North Dakota. Her decision marks a new beginning for Buffalo Valley and for her. Because in this broken little town she discovers the love and purpose she's been seeking.
Kindle Price: $1.99
Click here to download this book. 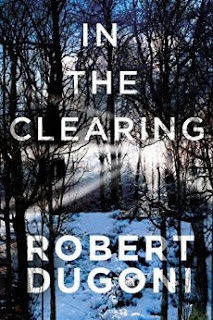 In the Clearing
Detective Tracy Crosswhite has a skill, and a soft spot, for tackling unsolved crimes. Having lost her own sister to murder at a young age, Tracy has dedicated her career to bringing justice and closure to the families and friends of victims of crime. So when Jenny, a former police academy classmate and protégé, asks Tracy to help solve a cold case that involves the suspicious suicide of a Native American high school girl forty years earlier, Tracy agrees. Following up on evidence Jenny’s detective father collected when he was the investigating deputy, Tracy probes one small town’s memory and finds dark, well-concealed secrets hidden within the community’s fabric. Can Tracy uphold the promise she’s made to the dead girl’s family and deliver the truth of what happened to their daughter? Or will she become the next victim?
Kindle Price: $1.99
Click here to download this book.

As I Walked Out One Midsummer Morning
It was 1934 and a young man walked to London from the security of the Cotswolds to make his fortune. He was to live by playing the violin and by labouring on a London building site. Then, knowing one Spanish phrase, he decided to see Spain. For a year he tramped through a country in which the signs of impending civil war were clearly visible. Thirty years later Laurie Lee captured the atmosphere of the Spain he saw with all the freshness and beauty of a young man's vision, creating a lyrical and lucid picture of the beautiful and violent country that was to involve him.
Kindle Price: $1.99
Click here to download this book. 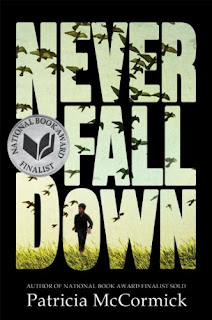 Never Fall Down
Based on the true story of Cambodian advocate Arn Chorn-Pond, and authentically told from his point of view as a young boy, this is an achingly raw and powerful historical novel about a child of war who becomes a man of peace. It includes an author's note and acknowledgments from Arn Chorn-Pond himself. When soldiers arrive in his hometown, Arn is just a normal little boy. But after the soldiers march the entire population into the countryside, his life is changed forever. Arn is separated from his family and assigned to a labor camp: working in the rice paddies under a blazing sun, he sees the other children dying before his eyes. One day, the soldiers ask if any of the kids can play an instrument. Arn's never played a note in his life, but he volunteers. This decision will save his life, but it will pull him into the very center of what we know today as the Killing Fields. And just as the country is about to be liberated, Arn is handed a gun and forced to become a soldier.
Kindle Price: $1.99
Click here to download this book. 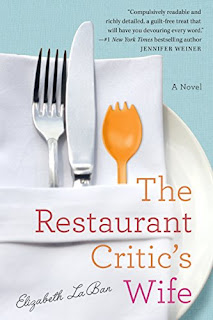 The Restaurant Critic's Wife
Lila Soto has a master’s degree that’s gathering dust, a work-obsessed husband, two kids, and lots of questions about how exactly she ended up here. In their new city of Philadelphia, Lila’s husband, Sam, takes his job as a restaurant critic a little too seriously. To protect his professional credibility, he’s determined to remain anonymous. Soon his preoccupation with anonymity takes over their lives as he tries to limit the family’s contact with anyone who might have ties to the foodie world. Meanwhile, Lila craves adult conversation and some relief from the constraints of her homemaker role. With her patience wearing thin, she begins to question everything: her decision to get pregnant again, her break from her career, her marriage—even if leaving her ex-boyfriend was the right thing to do. As Sam becomes more and more fixated on keeping his identity secret, Lila begins to wonder if her own identity has completely disappeared—and what it will take to get it back.
Kindle Price: $1.99
Click here to download this book.
Posted by Joisel at 12:00 AM