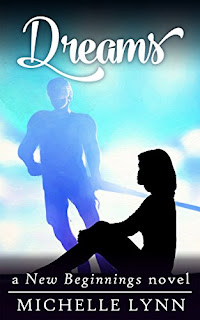 Dreams
Moving on is the hardest thing she’ll ever have to do. Taylor Scott sees the world differently than she did a year ago. She’s no longer the love-sick teenager, quick to smile and full of joy. Now she’s the broken college student just trying to get through the day without letting her feelings overwhelm her. It isn’t until she meets Josh that pieces of herself she’d lost start falling back into place and she can finally see that it’s okay to be happy again. Josh Walker is a professional athlete who has always avoided distractions. His career is just getting started and he works harder than anyone else. Hockey is his life. It’s the only thing that makes sense to him. When a new coach joins the team, it’s his daughter that threatens to complicate everything. He wants to help her. Needs to help her. But when he needs her to do the same, he finds out what she’s really made of. No one ever told him that the hardest part of his hockey career wouldn’t have to do with hockey at all.
Kindle Price: $0.00
Click here to download this book. 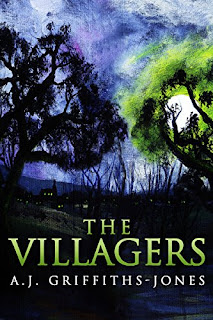 The Villagers
Nothing can prepare you for the secrets of The Villagers. Olive & Geoffrey are happier than ever. Having found an idyllic cottage, they are moving to the countryside to bring up their three young children. The residents of the chocolate box village are friendly and helpful, welcoming the family with open arms. But beyond the veil of rhododendrons and net curtains, there is something more. Just as Olive is settling in and starting to integrate with the community, she discovers that all is not as it first seemed. Some of her neighbours are holding secrets, and as her discoveries become more and more sinister, Olive begins to fear for her own sanity. With her husband doubting her, Olive is faced with choices that will decide the fate of her family. The Villagers paints an intriguing picture of a 1950s English country village, where not everyone is who they first appear to be.
Kindle Price: $0.99
Click here to download this book. 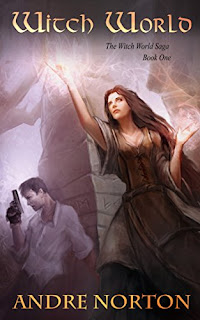 Witch World
The first book in the classic Witch World saga by beloved fantasy and science fiction author Andre Norton. Simon Tregarth, a man on the run, escapes from our world into another, where magic still has power. He finds new purpose in the service of Estcarp, whose witches use their ancient knowledge of magic to protect their home. But a new threat is rising: the mysterious Kolder, who possess powers and technology unlike anything known in the Witch World. It will take Simon and the forces of Estcarp all their might, their courage, and their magic to drive back the insurmountable enemy.
Kindle Price: $0.99
Click here to download this book. 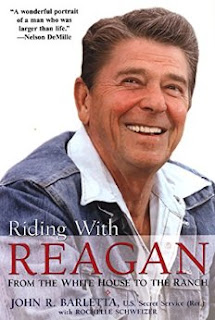 Riding with Reagan: From the White House to the Ranch
It is an image etched in the minds of a generation: Ronald Reagan perched atop his horse, riding through the dusty trails and canyons of his California ranch with his beloved wife, Nancy, at his side. But what most of us did not see was the man who always rode just a few steps away. John Barletta was a Vietnam veteran and Secret Service agent who spent over a decade with the Reagans, poised to give his own life at any moment to save the 40th president of the United States. His superior riding skills made Barletta the perfect choice to protect Reagan during his frequent visits to the ranch. Over time, he got to know Reagan as few others did. But what did these two men talk about during their long solitary hours on horseback--and how did they become the unlikeliest of friends and confidants?
Kindle Price: $2.99
Click here to download this book. 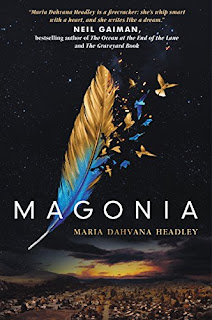 Magonia
Aza Ray is drowning in thin air. Since she was a baby, Aza has suffered from a mysterious lung disease that makes it ever harder for her to breathe, to speak—to live. So when Aza catches a glimpse of a ship in the sky, her family chalks it up to a cruel side effect of her medication. But Aza doesn't think this is a hallucination. She can hear someone on the ship calling her name. Only her best friend, Jason, listens. Jason, who’s always been there. Jason, for whom she might have more-than-friendly feelings. But before Aza can consider that thrilling idea, something goes terribly wrong. Aza is lost to our world—and found, by another. Magonia. Above the clouds, in a land of trading ships, Aza is not the weak and dying thing she was. In Magonia, she can breathe for the first time. Better, she has immense power—and as she navigates her new life, she discovers that war is coming. Magonia and Earth are on the cusp of a reckoning. And in Aza’s hands lies the fate of the whole of humanity—including the boy who loves her. Where do her loyalties lie?
Kindle Price: $1.99
Click here to download this book. 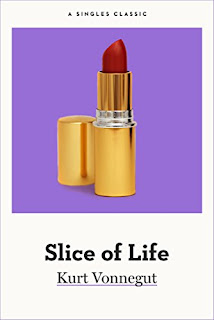 Slice of Life
The corridor of the Fine Arts Building was deserted, save for two figures at the far end, two men approaching slowly. Rose was about to go into the classroom, where she’d left her purse, when she saw a sign on the door—a crude sign in pencil, on a ragged sheet of paper.
“Collapse of Western Civilization — Dr. Norbert Beilstein,” it said. “Visitors welcome.”
Previously unpublished, Slice of Life—about a college coed’s winter-induced dream—is an early testament to Kurt Vonnegut’s original voice and curious imagination.
Kindle Price: $0.99
Click here to download this book.
Posted by Joisel at 12:00 AM