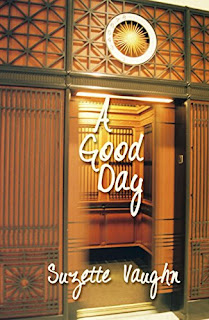 A Good Day
Originally published an anthology in 2008, this short story is an elevator ride on a good day even when you are claustrophobic
Kindle Price: $0.00
Click here to download this book. 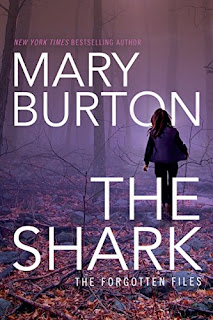 The Shark
At the grisly murder scene of a teen prostitute, Virginia state trooper Riley Tatum’s past roars back to haunt her. When she was a teenage runaway, she was kidnapped, drugged, and left unconscious on the streets. She has no memories of what happened, only strange recurring dreams of two men playing cards. Former FBI agent Clay Bowman, Riley’s old flame, is Shield Security’s newest member. He’s plagued by the unsolved case of a serial killer nicknamed the Shark who murdered girls as part of a sadistic poker game. Only one girl survived. With the Shark now bent on evening that score, Clay has a chilling suspicion: Riley is the girl who escaped the Shark’s deadly amusement—and she is his next prey. As the Shark gets ready to play his hand, can Riley and Clay stop him—or will this killer finally claim the one who got away?
Kindle Price: $2.00
Click here to download this book. 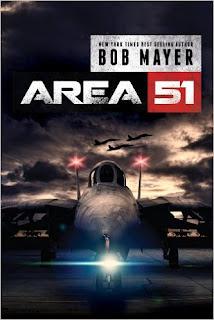 Area 51
Staff Sergeant Winthrop Carter has just been drafted into the Nightstalkers—an elite group of soldiers that...Actually, he’s not quite sure what they do. Born from the Area 51 initiative, the Nightstalkers defy sanity and decorum and include among their ranks Moms, a Black Ops trainee too extreme for Special Forces; Doc, a scientific crackpot; Roland, the weapons enthusiast; and Mac, a contemporary MacGyver. All of them take their orders from the elusive Ms. Jones, who everyone claims is just a hologram. Those orders include tracking down and sealing tears in our reality that are releasing interdimensional beings known only as Fireflies— creatures that take control of both living and inanimate matter in order to unleash wanton destruction. Just as Carter is settling in, a rogue scientist triggers a fresh invasion of Fireflies that swarm a swanky gated community. Now it’s up to Carter and his new teammates to neutralize the threat while figuring out who’s behind the breach.
Kindle Price: $1.99
Click here to download this book. 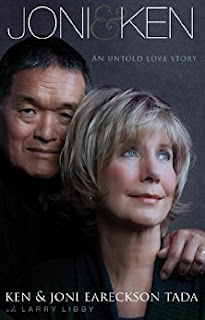 Joni and Ken: An Untold Love Story
This is the true love story of Joni and her husband of 30 years, Ken Tada. A love story showing what it truly means for a man and a woman to live in love … in sickness and in health.
Kindle Price: $1.99
Click here to download this book. 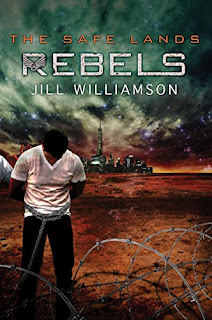 Rebels
The Safe Lands have long kept the true meaning of Liberation secret from their people. But after being sentenced to Liberation themselves, Mason and Omar soon discover the truth. Levi watched his brothers' public sentencing and tries to hold out hope they are still alive. He is forced to focus his attention otherwise, however, when his new wife, Jemma, is captured and made the Safe Lands' newest Queen. His only choice to save Jemma may be to take up Omar's old role of undercover vigilante, leading the rebels in their quest to overthrow the government. But will Levi's new role be enough? Meanwhile, Jemma's sister, Shaylinn, is ready to give birth to the "Safe Lands'" children ... but not even Ciddah is sure they can be delivered safely in the midst of a rebellion. And Mason must face the fact Omar's illness could be fatal. If they can all unite their efforts, together they may be able to expose the Safe Lands' lies to the people. But if they fail, they will all surely die.
Kindle Price: $1.99
Click here to download this book. 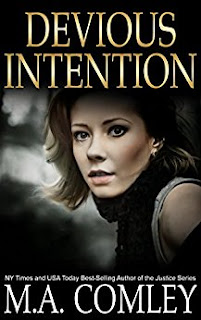 Devious Intention
The stakes are high when a holiday turns tragic... When Louise Gillespie regains consciousness after a traffic accident, she learns that her husband and four-year-old daughter are missing. Her frantic search to find them is encumbered by her own brain trauma and the local sergeant in charge of investigation, who thinks she's crazy. Her luck finally changes when she bumps into PIs Ellen Brazil and Brian Lynx. Despite being on holiday themselves, they take on Louise's case. It's not long before Ellen and Brian discover the truth behind the family's sinister disappearance.
Kindle Price: $3.99
Click here to download this book.