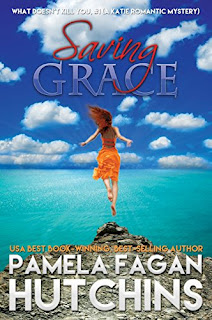 Saving Grace
Katie Connell is a high-strung attorney whose sloppy drinking habits and stunted love life collide hilariously in a doomed celebrity case in Dallas. When she flees Texas for the Caribbean, Katie escapes professional humiliation, a broken heart, and a wicked Bloody Mary habit, but she trades one set of problems for another when she begins to investigate the suspicious deaths of her parents on the island of St. Marcos. She’s bewitched by the voodoo spirit of an abandoned house in the rainforest and discovers that she’s as much a danger to herself as the island’s bad guys are. As the worst of her worlds collide, Katie drags herself back to the courthouse to defend her new friend Ava, an island local accused of stabbing the senator she’s been sleeping with.
Kindle Price: $0.00
Click here to download this book. 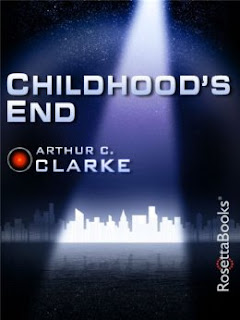 Childhood’s End
In the near future, enormous silver spaceships appear without warning over mankind's largest cities. They belong to the Overlords, an alien race far superior to humanity in technological development-and their purpose is to dominate the Earth. Their demands, however, are surprisingly beneficial-end war, poverty, and cruelty. Their presence, rather than signaling the end of humanity, ushers in a golden age-or so it seems. But it comes at a price. Without conflict, humanity ceases to work toward creative achievement, and culture stagnates. And as the years pass, it becomes more and more clear that the Overlords have a hidden agenda for the evolution of the human race-that may not be as beneficial as it seems.
Kindle Price: $1.99
Click here to download this book.
Posted by Joisel at 12:00 AM