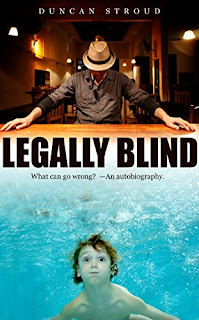 Legally Blind
Duncan Stroud is a sixty-year-old U.S. citizen from New York City and father of three, currently hiding out in Argentina where he fled to after his business was crushed by Robert De Niro, was sentenced to jail for a crime he did not commit, and was given a year to live due to a medical condition. This is the autobiographical story of that autistic boy's sixty-year journey through life, a journey that goes from paradise to homelessness, poverty to riches, his days as a pioneer and inventor in Internet technology and holography with institutions such as IBM and MIT, ending up on the U.S. Marshal's Wanted list, on the U.S. government's passport blacklist, over $1,000,000 in debt, and a suspected terrorist sympathizer. But his story is more that just an account of his adventures. This book is an examination of social, political, spiritual, and emotional issues at the core of our lives, and delves into the esoteric and arcane with stories of ghosts, aliens, saints, and demons as well as the works of philosophers, revolutionaries, scientists, gamblers, gurus, geniuses, and madmen to illustrate and deconstruct the nature of reality and the meaning of life.
Kindle Price: $0.00
Click here to download this book. 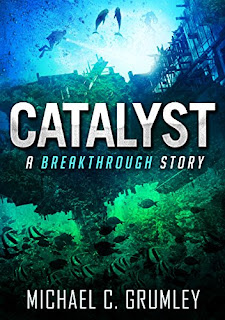 Catalyst
In 1984 a doomsday vault was constructed on a remote island in the Arctic Ocean. Its purpose was to preserve Earth’s genetic history in the event of a global catastrophe. Now, decades later, a second vault has been uncovered. This one resting where no one ever expected. And the problem is…it’s not ours.  Yet even more curious than the vault itself, is what lies inside. Seeds. Millions of seeds. Each with a genetic embryo untouched and perfectly preserved. Waiting. No one knows who built it. Or when. What we have managed to figure out is that whoever it was traveled an immense distance. For the sole purpose of hiding their genetic blueprints on Earth. But why?  Now a small group of marine biologists and navy investigators have been assigned to find out. Before anyone else does. But Alison Shaw and John Clay are not prepared for what they are about to uncover. Beginning with the truth behind our own evolution.
Kindle Price: $0.99
Click here to download this book.
Posted by Joisel at 12:00 AM