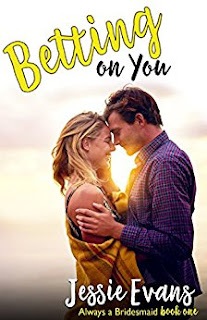 Betting On You
He'd always bet on her, always...Lark March is over Mason Stewart, so over him she's practically forgotten the cruel way he ended things four years ago. At least that's what she's told her sisters... But when Mason shows up at her best friend's wedding, talking sweet and looking even sweeter, Lark can't deny the man still gets to her in a major way. Mason Stewart was a messed up kid, but he's a man now, a man who knows what he wants and won't stop until he's convinced the only woman he's ever loved that they are meant to be. He persuades Lark to give him seven days to remind her why they belong together. At the week's end, Lark may tell him to get out of her life for good, but Mason's betting on true love for the win. But when old secrets come to light, Lark and Mason will find their rediscovered love tested, and happily ever after harder to hold on to than either of them wagered.
Kindle Price: $0.00
Click here to download this book. 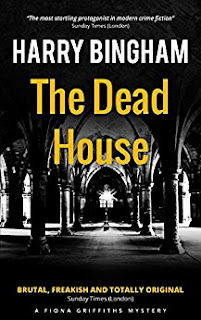 The Dead House
When the body of a young woman is found in an old 'dead house' - the annexe where the dead were stored before burial in medieval times - of a tiny Welsh church, it seems that past and present have come together in a bizarre and horrifying way. For DC Fiona Griffiths, the girl - a murder victim whose corpse was laid out with obvious tenderness - represents an irresistibly intriguing puzzle, given Fiona's unusual empathy with the dead. And when her investigations lead her to an obscure and secretive monastery hidden in a remote valley, she finds that the dead girl is far from the only victim of a sinister melding of modern crime and medieval religious practices. Only Fiona is capable of putting the mismatched pieces together in this disturbing puzzle, but immersing herself in this dark and obsessive world could threaten her fragile grip on her own sanity.
Kindle Price: $0.99
Click here to download this book.
Posted by Joisel at 12:00 AM