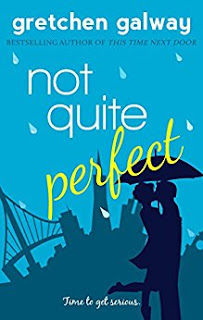 Not Quite Perfect
Serial temp worker April Johnson is nothing like her wildly successful brothers. She doesn’t have an Olympic gold medal. She doesn’t have millions in the bank from a tech company she founded as a teenager. She doesn’t even have a place to live, not since her boyfriend sneaked off in the middle of the night—skipping out on the rent, his three-legged dog, and her. Now forced to move back home with her mother and grovel for a job from one of her brothers, April decides it’s past time she got serious about her life. Zack Fain, on the other hand, has been too serious for years. After losing his wife to cancer at the age of twenty-six, he’s done nothing but work on his consulting business. But when he meets April at a new job, he forgets he’s a humorless suit who never gets emotionally involved. She makes him laugh, she turns him on, and he begins to wonder if it’s time he broke a few rules. Although April refuses to get stuck in yet another dead-end relationship, Zack isn’t like any of the guys she’s dated before. This could be the real deal. This could be serious. But is either of them ready for the kind of serious that lasts a lifetime?
Kindle Price: $0.00
Click here to download this book. 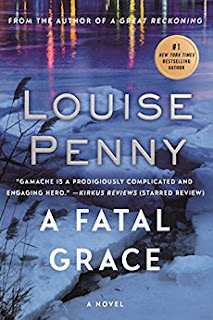 A Fatal Grace
Welcome to winter in Three Pines, a picturesque village in Quebec, where the villagers are preparing for a traditional country Christmas, and someone is preparing for murder.
No one liked CC de Poitiers. Not her quiet husband, not her spineless lover, not her pathetic daughter—and certainly none of the residents of Three Pines. CC de Poitiers managed to alienate everyone, right up until the moment of her death. When Chief Inspector Armand Gamache, of the Sûreté du Québec, is called to investigate, he quickly realizes he's dealing with someone quite extraordinary. CC de Poitiers was electrocuted in the middle of a frozen lake, in front of the entire village, as she watched the annual curling tournament. And yet no one saw anything. Who could have been insane enough to try such a macabre method of murder—or brilliant enough to succeed? With his trademark compassion and courage, Gamache digs beneath the idyllic surface of village life to find the dangerous secrets long buried there. For a Quebec winter is not only staggeringly beautiful but deadly, and the people of Three Pines know better than to reveal too much of themselves. But other dangers are becoming clear to Gamache. As a bitter wind blows into the village, something even more chilling is coming for Gamache himself.
Kindle Price: $2.54
Click here to download this book.