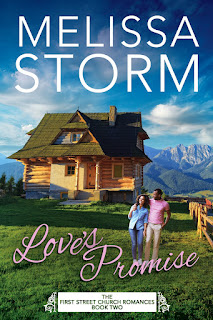 Love's Promise
Introducing a heartfelt story of faith, love, and gastric bypass. Who says fairytales can't happen for fat girls too? Grab this brand new Christian romance and read along as Jeffrey and Kristina journey from friends to something even more special.
Kindle Price: $0.99
Click here to download this book. 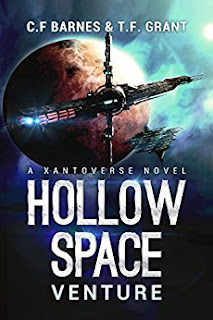 Hollow Space
Forced to hyperjump during a brutal ambush, Sara Lorelle, navigator of the Venture, the last colony ship, discovers a terrible truth: they've jumped to somewhere that shouldn't exist. Trapped inside a pocket universe known only as Hollow Space, where technology inexplicably fails, Sara and her crew have to face the lethal politics of their only destination. Haven-a decrepit station, home to deadly aliens and rival factions that soon sees the Venture crew up to their necks in danger. With their only hope placed in Tairon Cauder, a reckless scoundrel, they will battle impossible species, confront their fears, and uncover ancient and terrible secrets. In a place where those who shoot first live the longest, the Venture crew will have to push their limits if they are to save themselves and the human race from extinction.
Kindle Price: $0.00
Click here to download this book. 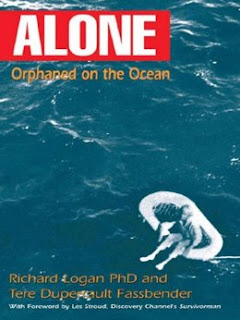 Alone
Terry Jo Duperrault was 11 when her family was murdered at sea aboard a chartered sailboat off the coast of Florida. She jumped overboard just in time to escape. Surviving four days on a cork float in the middle of the ocean, Terry Jo’s rescue pictures graced LIFE Magazine soon after she was found. This is the first time Terry Jo, now known as Tere Duperrault Fassbender, has been able to fully tell her story. In September 1988 Oprah Winfrey reunited her with the freighter captain who saved her but, even then, she was not healed enough to reveal what it took to survive for four days adrift and alone at sea. Co-authored by psychologist and survival expert Richard Logan, readers delve into the details of how a little girl survived the murder of her family; the gradual collapse of the small cork float she used to keep afloat while guarded by a small pod of whales; and the aftermath and the reclamation of life.
Kindle Price: $01.99
Click here to download this book.
Posted by Joisel at 12:00 AM