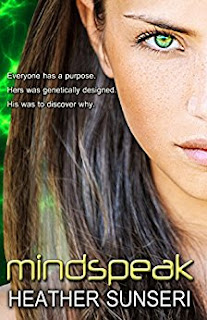 Mindspeak
She was created for a purpose so revolutionary, someone was willing to kill for it. Seventeen-year-old Lexi Matthews keeps two secrets from her elite boarding school classmates—she’s the daughter of a famous and controversial geneticist, and she can influence people’s thoughts. But after new student Jack DeWeese heals her broken arm with an anything-but-simple touch, he forces Lexi to face a new reality—her abilities reach much further than speaking to the minds of others. After Lexi’s father goes missing and she receives threatening emails, she can’t decide whether to fall into Jack’s arms or run and hide. As Lexi seeks answers to what she and Jack are, she discovers a truth more unsettling than anything her science books can teach. And letting Jack into her life of secrets is not only a threat to her very existence, but it just might break her heart wide open.
Kindle Price: $0.00
Click here to download this book. 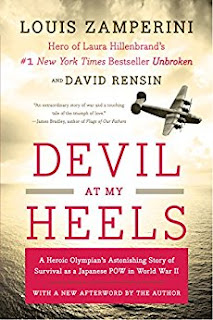 Devil at My Heels
A youthful troublemaker, a world-class NCAA miler, a 1936 Olympian, a WWII bombardier: Louis Zamperini had a fuller life than most. But on May 27, 1943, it all changed in an instant when his B-24 crashed into the Pacific Ocean, leaving Louis and two other survivors drifting on a raft for forty-seven days and two thousand miles, waiting in vain to be rescued. And the worst was yet to come when they finally reached land, only to be captured by the Japanese. Louis spent the next two years as a prisoner of war—tortured and humiliated, routinely beaten, starved and forced into slave labor—while the Army Air Corps declared him dead and sent official condolences to his family. On his return home, memories of the war haunted him nearly destroyed his marriage until a spiritual rebirth transformed him and led him to dedicate the rest of his long and happy life to helping at-risk youth. Told in Zamperini’s own voice, Devil at My Heels is an unforgettable memoir from one of the greatest of the “Greatest Generation,” a living document about the brutality of war, the tenacity of the human spirit, and the power of faith.
Kindle Price: $1.99
Click here to download this book.
Posted by Joisel at 12:00 AM