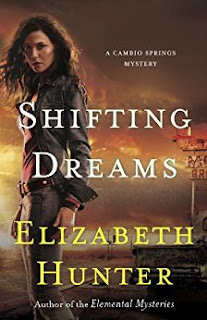 Shifting Dreams
Somedays, Jena Crowe just can’t get a break. Work at her diner never ends, her two boys are bundles of energy, and she’s pretty sure her oldest is about to shift into something furry or feathery. Added to that, changes seem to be coming to the tiny town of Cambio Springs—big changes that not everyone in the isolated town of shapeshifters is thrilled about. Caleb Gilbert was looking for change, and the quiet desert town seemed just the ticket for a more peaceful life. He never counted on violence finding him, nor could he have predicted just how crazy his new life would become. When murder rocks their small community, Caleb and Jena will have to work together. And when the new Chief of Police isn’t put off by any of her usual defenses, Jena may be faced with the most frightening change of all: lowering the defenses around her carefully guarded heart.
Kindle Price: $0.00
Click here to download this book. 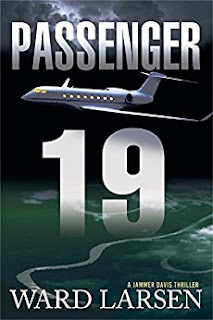 Passenger 19
Jammer Davis has spent most of his life investigating aircraft accidents. When a small regional jet disappears over the jungles of Colombia, it is a tragedy like dozens of others he has seen…but for one terrible detail—his young daughter, who was enroute to a semester abroad in South America, is listed on the passenger manifest. A distraught Davis rushes to Bogotá and bulls his way into the inquiry. When the wreckage is located, it becomes clear the crash was unsurvivable. As the investigation gains momentum, the facts go astray. Two pilots had been shot before the crash, along with one passenger. The possibility of a hijacking looms large as the search begins to focus on two passengers who boarded the plane, yet their remains cannot be found. Davis uncovers an even more sinister plot behind the entire disaster—one that goes to the highest levels of the United States government. But how could it possibly involve his daughter?
Kindle Price: $0.99
Click here to download this book.
Posted by Joisel at 12:00 AM