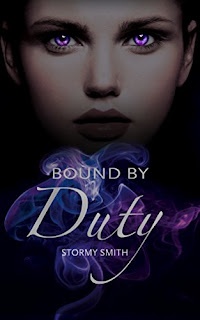 Bound by Duty
Amelia grew up in a world of half-truths. She knows she's an Elder but has no idea what that means. Her father reminds her daily that she must maintain control but he refuses to explain why. Even worse, she's betrothed to the prince of the Immortals and she doesn't even know his name. Finally breaking free to live a few normal years at a community college, the last thing Amelia expects is to find her best friend in a cheeky Southern girl and to fall for a self-assured human who sees her for who she is and not what she'll be. As she learns more about herself, Amelia realizes the line between love and duty is a thin one. As her power continues to increase exponentially and her questions are slowly answered, Amelia must make the ultimate choice. The question is, will her head or her heart win the battle?
Kindle Price: $0.00
Click here to download this book. 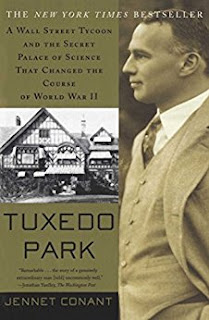 Tuxedo Park
The Untold Story of the American Entrepreneur Who Helped Build the Atomic Bomb and Defeat the Nazis. Legendary financier, philanthropist, and society figure Alfred Lee Loomis gathered the most visionary scientific minds of the twentieth century -- Albert Einstein, Werner Heisenberg, Niels Bohr, Enrico Fermi, and others -- at his state-of-the-art laboratory in Tuxedo Park, New York, in the late 1930s. He established a top-secret defense laboratory at MIT and personally bankrolled pioneering research into new, high-powered radar detection systems that helped defeat the German Air Force and U-boats. With Ernest Lawrence, the Nobel Prize-winning physicist, he pushed Franklin Delano Roosevelt to fund research in nuclear fission, which led to the development of the atomic bomb. Jennet Conant, the granddaughter of James Bryant Conant, one of the leading scientific advisers of World War II, enjoyed unprecedented access to Loomis' papers, as well as to people intimately involved in his life and work. She pierces through Loomis' obsessive secrecy and illuminates his role in assuring the Allied victory.
Kindle Price: $1.99
Click here to download this book.
Posted by Joisel at 12:00 AM