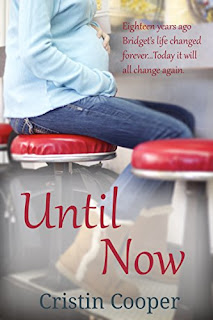 Until Now
Then:
Sixteen year-old Bridget Larson was no stranger to heartbreak. When she found herself pregnant and alone with barely enough money for a hotel room for one night, the flashing neon sign of a neighborhood diner changed her fate. Hungry and cold, with just enough money for a cup of soup, Bridget discovered the love and belonging she craved in a family strangers at the fifties style cafe.  Twenty-four year-old Billy Hall struggled with his own grief. Months ago, he was wandering Europe, in search of his purpose in life, when he received a call that would leave him saddled with his family’s diner. It was a noose around his neck until a pregnant teenager stumbled in hungry and alone. Inexplicably drawn to the girl, he had no idea the purpose he travelled the world to find was simply waiting for him to come home.
Now:
After hiding their feelings for each other over the past eighteen years, Bridget and Billy's life is about to change again. The baby who brought them together is leaving for college today. They both wonder if Katie leaving will take away their last reason to stay in each others lives, or is she giving them a reason to stay together?
Kindle Price: $0.00
Click here to download this book. 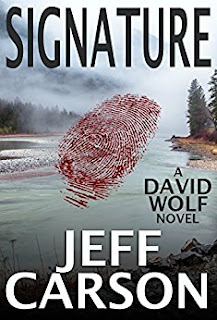 Signature
For Wolf, the gruesome display is a surprise, but so is the FBI beating the local department to the scene. Three days earlier a truck is unearthed from south of Durango, Colorado. Within it is DNA evidence linking to killings in southwest Colorado that have stumped the FBI for years. The evidence, and now a new body, has led them north, where it seems the monster known by all as The Van Gogh Killer has chosen Rocky Points as his new venue to display his horrific works. While the town reels with panic, Wolf learns the latest victim was dating an SBCSD deputy whose past directly links to the killings in the Four Corners area. Worse, the news the case involves one of their own means the higher-ups want to outsource the investigation to the feds. It's a matter of due process and objectivity. With his community in danger there's no swaying Wolf, however, and special agent Kristen Luke sees the value in using his skills, convincing her superiors to add Wolf to the killer task force. Now part of the team, Wolf learns there are more secrets the FBI isn't telling everyone, and the unanswered questions are more than anyone can deal with.
Kindle Price: $2.99
Click here to download this book.
Posted by Joisel at 12:00 AM