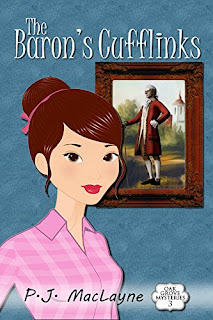 The Baron's Cufflinks
What starts as Girls' Night Out ends in Murder, and Harmony Duprie is a suspect. She's innocent, of course, but with no alibi, the sheriff's department won't remove her from the list of suspects. It doesn't help when a waitress from the bar gets beaten up and the only clue is a slip of paper with Harmony's name on it. Throw in a rookie deputy dead set on building his reputation and Harmony must tread carefully. But caution isn't Harmony's middle name and she plunges head first into danger to defend her honor. What she finds is a web of half-truths and suspicions implicating several law enforcement agencies, with Jake, her ex-lover, stuck in the middle of it all. Can Harmony rescue Jake and find the real culprit before she becomes the next victim?
Kindle Price: $3.99
Click here to download this book. 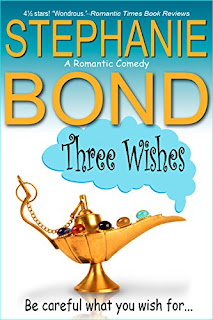 Three Wishes
When a lowly antiques dealer who's in love with the governor's girlfriend releases a genie from a magic lamp, he unwittingly wishes himself into a hole the size of the Grand Canyon!
Kindle Price: $0.00
Click here to download this book. 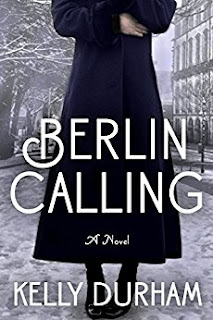 Berlin Calling
Irish-American Maggie O’Dea is bright, beautiful and resourceful—and she hates the English! It’s the summer of 1938 and Maggie is studying in Heidelberg when she meets the dashing Kurt Engel, a German soldier. Maggie agrees to follow Kurt to Berlin provided he helps her find a job. And what a job! Maggie lands a position as assistant to Clive Barnes, an obese and often intoxicated Englishman known over the airwaves as ‘Lord Lyon.’ Barnes broadcasts Nazi propaganda to his homeland each evening. After Kurt is deployed, Maggie spends more time at work, growing closer to her colleague Dieter Schmidt. Erich Greinke is an American who’s been fighting alongside the Germans in Spain’s civil war. He’s recruited by WWI hero ‘Wild’ Bill Donovan to report on developments in the German capital. Erich quickly identifies Maggie as an opportunity to penetrate Propaganda Minister Joseph Goebbels’ inner circle. As Europe plunges into the abyss of world war, Maggie begins to question the guidance she receives from the Ministry and begins to realize she has fallen victim to the very propaganda she has helped create. Caught between her conscience and the Gestapo’s tightening noose, Maggie walks a deadly tight-rope as she navigates between love and loyalty, survival and discovery.
Kindle Price: $1.99
Click here to download this book.
Posted by Joisel at 12:00 AM