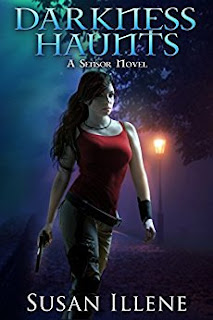 Darkness Haunts
Melena Sanders faced her fair share of danger with insurgents and terrorists when she served in the U.S. Army, but now she is about to go up against a new threat. Her best friend, Aniya, has disappeared while on a trip to Fairbanks, Alaska—a supernatural haven. Most humans have no idea darker races lurk amongst them. Mel knows better. If she wants to get her friend back, she’s going to have to go in alone—but not unarmed. Melena has a few special skills the Army didn’t provide, but the odds are still against her. She’s got to come up with a plan fast that doesn’t involve her, or her friend, dying. But danger likes to play it rough. A war for power is about to rise in Fairbanks and if she wants to get Aniya back, she’s going to have to step right into the middle of it.
Kindle Price: $0.00
Click here to download this book. 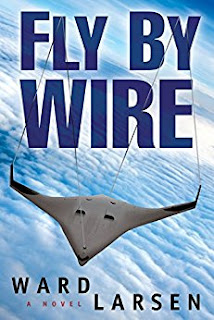 Fly By Wire
With its revolutionary fly-by-wire technology, the C-500 had become the freight airframe of choice. Until a routine delivery goes horribly wrong.Falling like a stone from six miles up, a brand new C-500 crashes in central France, killing two pilots aboard. When French officials take over this highly public investigation, they call in the best there is: they call Frank Jammer Davis.A retired U.S. Air Force fighter pilot, Davis is part of the NTSB's go-team. With a reputation for getting things done-and for steamrolling anyone who gets in his way-Davis starts to dig.But just as Davis starts his investigation, news of the crash is overshadowed by a more spectacular disaster: suicide bombers attack oil refineries worldwide, sending governments and financial markets into a tailspin.A relentless Davis keeps investigating, but uncovering the cause of the crash, and its terrifying connection to this worldwide disaster, reveals a conspiracy of unthinkable proportions-a conspiracy he might not be able to stop.Jammer Davis won't stop until he gets answers-or until somebody stops him from getting answers.
Kindle Price: $0.99
Click here to download this book.
Posted by Joisel at 12:00 AM