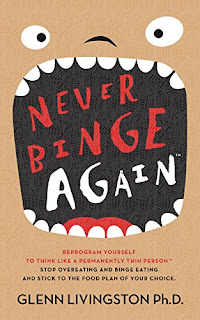 Never Binge Again
Most contemporary thought on overeating and bingeing focuses on healing and self-love. But people who've overcome food addiction and weight issues often report it was more like capturing and caging a rabid dog than learning to love their inner child...Open the cage even an inch—or show that dog an ounce of fear—and it'll quickly burst out to shred your healthy eating plans, undoing all your progress in a heartbeat. From his perspective as a formerly food-obsessed psychologist—and previous consultant to major food manufacturers—Dr. Livingston shares specific techniques for isolating and permanently dis-empowering your “fat thinking self.”  He reveals much of his own personal journey in the process.
Kindle Price: $0.00
Click here to download this book. 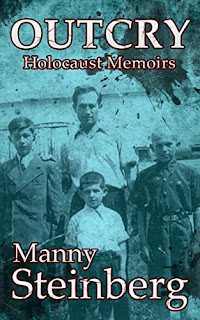 Outcry
This is the candid and moving account of a teenager who survived four Nazi camps: Dachau, Auschwitz, Vaihingen and Neckagerach. While being subjected to torture and degradation, he agonized over two haunting questions: "Why the Jews?" and "How can the world let this happen?" These questions remain hard to answer. Manny’s brother Stanley had jumped off the cattle wagon on the way to the extermination camp where his mother and younger brother were to perish. Desperately lonely and hungry, Stanley stood outside the compound hoping to catch a glimpse of Manny and their father. Once he discovered that they were among the prisoners, he turned himself in. The days were marked by hunger, cold, hard labor, and fear. Knowing that other members of the family were in the same camp kept them alive. Since acknowledging each other would have meant death, they pretended to be complete strangers. Manny relates how he was served human flesh and was forced to shave the heads of female corpses and pull out their teeth. Cherishing a picture of his beloved mother in his wooden shoe, he miraculously survived the terror of the Polish and German concentration camps together with his father and brother. When the Americans arrived in April 1945, Manny was little more than a living skeleton, with several broken ribs and suffering from a serious lung condition, wearing only a dirty, ragged blanket.
Kindle Price: $1.99
Click here to download this book.
Posted by Joisel at 12:00 AM