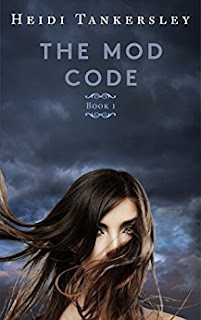 The Mod Code
Twin brothers. One modified, one not. The girl they both love. A gene code their fathers want to force into the world. Sage is kidnapped from her Kansas farm and held for ransom on a remote Pacific island. If she wants to survive, she must sort out truth from the lies of her past. Jack and Beckett have lived with their dad’s obsession of the mod code ever since the day they were born—and now he’s taking captives in attempt to get the mod code back. Beckett will do anything to save the girl.Jack will stop at nothing to destroy the code. But doing either may require that the brothers let go of the one person they’ve both come to love.
Kindle Price: $0.00
Click here to download this book. 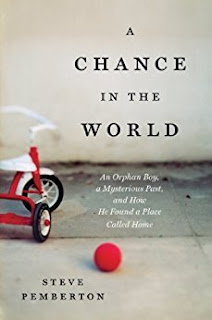 A CHANCE IN THE WORLD
From the day he is five-years-old and dropped off at his foster home of the next eleven years, Stephen is mentally and physically tortured. No one in the system can help him. No one can tell him if he has a family. No one can tell him why, with obvious African-American features, he has the last name of Klakowicz. Along the way, a single faint light comes only from a neighbor’s small acts of kindness and caring—and a box of books. From one of those books he learns that he has to fight in any way he can—for victory is in the battle. His victory is to excel in school. Against all odds, the author succeeded. He attended college, graduated, became a successful corporate executive, and married a wonderful woman with whom he established a loving family of his own. Through it, he dug voraciously through records and files and found his history, his birth family—and the ultimate disappointment as some family members embrace him, but others reject him.
Kindle Price: $1.99
Click here to download this book.
Posted by Joisel at 12:00 AM