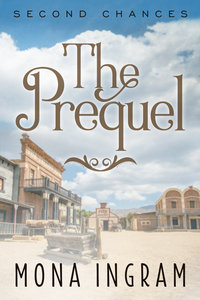 Prequel
It’s true… love is where you find it. This short prequel introduces you to five women who have recently suffered personal loss. As they work to save their dying town, each finds enduring love among the ashes of their heartbreak. An intro to the five complete stories in the series.
Kindle Price: $0.99
Click here to download this book. 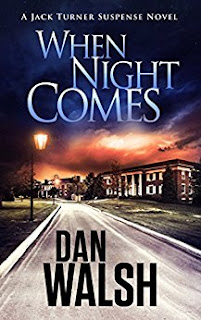 When Night Comes
Jack Turner comes back to Culpepper to give a series of lectures for his old history professor. Within days, he starts having bizarre experiences at night. Like he's traveling back in time, experiencing the epic events in his lectures firsthand. He has no control over these experiences and can't make them stop. Joe Boyd thought he'd left big city crime back in Pittsburgh when he took a detective job in Culpepper, Georgia, a sleepy southern college town. His peaceful life ends when two students turn up dead in two weeks. The coroner is saying natural causes, but something doesn't add up. Rachel Cook, a teaching assistant at Culpepper, can't believe Jack is back in her life again. She's had a crush on him since she was fourteen, but Jack never knew. He instantly seems attracted to her, but she can tell...something is deeply troubling him. Watching all this from a distance is Nigel Avery. He's certain this experiment's about to unravel. It'll be his job to tie up all the loose ends when it does.
Kindle Price: $0.00
Click here to download this book. 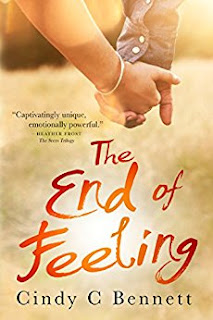 The End of Feeling
Benjamin Nefer seems to have it all. He’s the most popular guy in school, the star quarterback with college scouts looking at him, his grades are near the top of his class, he can get any girl he wants . . . but he hides behind his dream life to mask the nightmare of his reality. Charlie Austin is the new girl. Forced to move in with a bitter aunt, she only wants to protect her fragile mom from the world’s cruelty. When Benjamin sets his sights on Charlie, she’s armored against his charm—friends warned her about Benjamin’s game of pursuing and then dumping a long line of girls, not caring about the broken hearts he leaves behind. She doesn’t count on how single-minded he can be when she refuses him, or how charismatic, easing into her life through what he claims is just friendship. Benjamin thought he could keep Charlie in the same place he keeps all girls—something to be used and then discarded. But Charlie has as many secrets as he does, secrets he’s determined to discover while keeping his own hidden. He realizes she’s the perfect girlfriend candidate . . . someone he can use to keep up the façade of a perfect life. Now he just has to keep his frozen heart from softening toward this unique girl, because if he doesn’t, his carefully constructed lies might just come thundering down around him, crushing him beneath the burden of feeling.
Kindle Price: $1.50
Click here to download this book.
Posted by Joisel at 12:00 AM