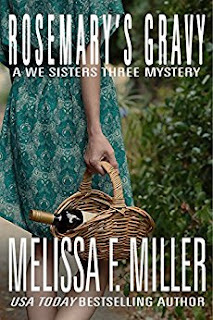 Rosemary's Gravy
Rosemary Field never planned to work as a private, holistic chef for a demanding vegan actress. But then, plans have a way of going out the window when a girl's parents skip town, leaving behind a half-million-dollar debt. She needs the job, so she puts up with her boss's diva antics and halfheartedly fends off the advances of the impossibly sexy stepson who comes with the high-paying gig. Then someone decides to kill the miserable movie star. It's bad news for any chef when a client dies from an allergic reaction after eating your cooking. It's even worse news for Rosemary because the police are determined to charge her with murder. To restore her reputation (and stay out of prison), Rosemary has to find the real murderer--and fast. Her short list of suspects includes a womanizing race car driver, a powerful music producer, Hollywood's hottest leading man, and, oh yeah, Felix, the dead woman's stepson--which gets a little awkward when he and Rosemary start dating. After a romantic dinner with Felix ends in food poisoning, she finds herself unattached, unemployed, and once again on the wrong side of the LAPD. She knows how to salvage an oversalted sauce, but can she salvage the disaster that is her life? And will the hunky homicide detective help her--or book her?
Kindle Price: $0.00
Click here to download this book. 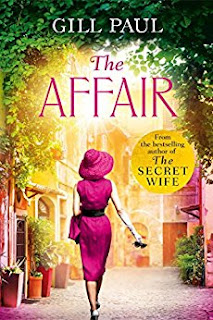 The Affair
A passionate, tender and captivating story of glamour, infidelity and love, behind the scenes of the most iconic Hollywood movie ever made Rome 1961. The cameras roll on the film set of Cleopatra and the explosive Elizabeth Taylor and Richard Burton love affair is about to capture the world’s attention. When Diana Bailey begins work as a historical advisor, tensions are running high. The film is in financial crisis and a media storm is brewing over the Taylor-Burton relationship. Diana adjusts to a new life away from her troubled marriage, and strikes up a close friendship with Helen, a young make-up artist, as well as seeking solace in Ernesto, a charismatic member of the film crew. But Helen is harbouring a dark secret - one that will affect Diana in more ways than she could ever imagine…
Kindle Price: $0.99
Click here to download this book.
Posted by Joisel at 1:43 AM