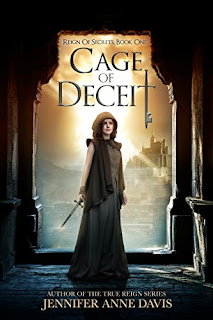 Cage of Deceit
Sixteen-year-old Allyssa appears to be the ideal princess of Emperion--she's beautiful, elegant, and refined. She spends her days locked in a suffocating cage, otherwise known as the royal court. But at night, Allyssa uses her secret persona--that of a vigilante--to hunt down criminals and help her people firsthand. Unfortunately, her nightly escapades will have to wait because the citizens of Emperion may need saving from something much bigger than common criminals. War is encroaching on their kingdom and in order to protect her people, Allyssa may have to sacrifice her heart. Forced to entertain an alliance through marriage with a handsome prince from a neighboring kingdom, she finds herself feeling even more stifled than before. To make matters worse, the prince has stuck his nosy squire, Jarvik, to watch her every move. Jarvik is infuriating, bossy and unfortunately, the only person she can turn to when she unveils a heinous plot. Together, the unlikely pair will have to work together to stop an enemy that everyone thought was long gone, one with the power to destroy her family and the people of Emperion. Now the cage Allyssa so longed to break free from might just be the one thing she has to fight to keep intact. In order to save her kingdom, she will have to sacrifice her freedom, her heart, and maybe even her life.
Kindle Price: $0.00
Click here to download this book. 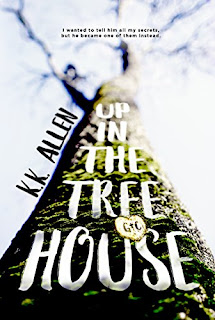 Up in the Treehouse
Chloe Rivers never thought she would keep secrets from her best friend. Then again, she never imagined she would fall in love with him either. When she finally reveals her feelings, rejection shatters her, rendering her vulnerable and sending her straight into the destructive arms of the wrong guy. Gavin Rhodes never saw the betrayal coming. It crushes him. Chloe has always been his forbidden fantasy--sweet, tempting, and beautiful. But when the opportunity finally presents itself, he makes the biggest mistake of all and denies her. Now it's too late . . Four years after a devastating tragedy, Chloe and Gavin find themselves crashing back into each other's lives. Haunted by the past, they're forced to come to terms with all that has transpired to find the peace they deserve. Except they can't seem to get near each other without combatting an intense emotional connection that brings them right back to where it all started . . . their childhood treehouse. Chloe still holds her secrets close, but this time she isn't the only one with something to hide. Can their deep-rooted connection survive the destruction of innocence?
Kindle Price: $0.99
Click here to download this book.
Posted by Joisel at 12:00 AM