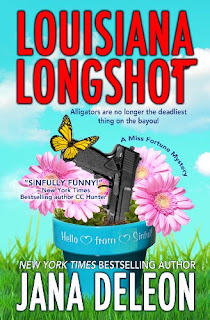 Louisiana Longshot
With a leak at the CIA and a price on her head by one of the world's largest arms dealers, Fortune has to go off grid, but she never expected to be this far out of her element. Posing as a former beauty queen turned librarian in a small, bayou town seems worse than death to Fortune, but she's determined to fly below the radar until her boss finds the leak and puts the arms dealer out of play. Unfortunately, she hasn't even unpacked a suitcase before her newly-inherited dog digs up a human bone in her backyard. Thrust into the middle of a bayou murder mystery, Fortune teams up with a couple of seemingly-sweet old ladies whose looks completely belie their hold on the little town. To top things off, the handsome local deputy is asking her too many questions. If she's not careful, this investigation may blow her cover and get her killed. Armed with her considerable skills and a group of old ladies referred to by locals as The Geritol Mafia, Fortune has no choice but to solve the murder before it's too late.
Kindle Price: $0.00
Click here to download this book. 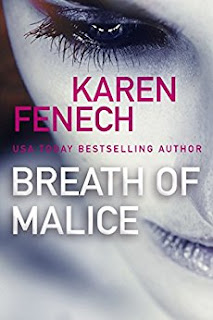 Breath of Malice
FBI special agent Paige Carson hoped she’d be able to start a new life in small-town South Carolina. But when a senator’s sister is murdered and a blank postcard is left next to the body, Paige realizes that a killer from her past has found her—and is sending her a very personal message. From the moment he hired her, FBI special agent in charge Sam McKade knew Paige was hiding something. Prompted by this recent threat, she finally opens up: one year ago, she caught the eye of suspected serial killer Todd Thames. Now he’s come back to pull her into his game, whether she wants to play or not. As the danger increases, Paige and Sam give in to their growing attraction, and he vows to protect her no matter the cost. But the murderer will stop at nothing to get to his intended prey, and the strong arm of the law—and the shelter of her new love—may not be enough to save her.
Kindle Price: $0.99
Click here to download this book.
Posted by Joisel at 12:00 AM